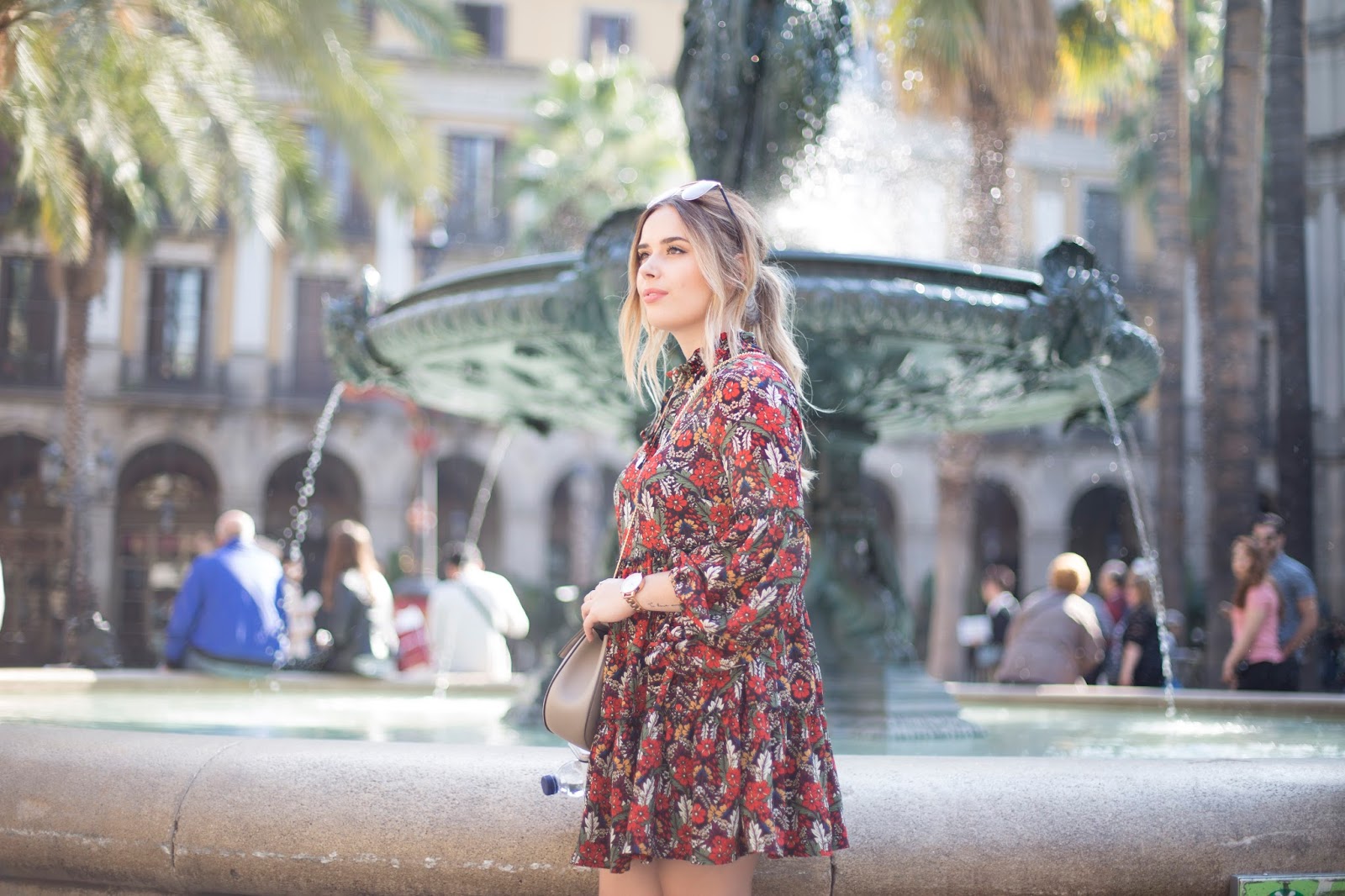 356 days or so ago, I sat and wrote down my 2015 story. I wrote about the experiences that had changed and shaped me, and I remember feeling excited thinking about the year ahead. The promise of a fresh year that was mine to shape. I promised I would throw myself in to everything head first, do more, and be better. Fast forward a year and I feel like this year has been the length of three years, I’ve done enough to fill three years, and if I’m being quite frank I’m totally exhausted just thinking about it.

That sounds negative, and I hate that. But I touch on it because this year has been so full of life lessons. I learnt that you’re not responsible for other peoples feelings (it doesn’t give you a green light to be a dick, but it is a reminder you can’t make everyone happy), that you should be kinder to yourself – always. I learnt that you need  to listen to your body when it’s telling you what it needs, that you can’t always do everything and that it is okay to push back and say no. I learnt that it’s the opinion of the people on your life team that matters more than the opinion of people who see 10 minutes of you twice a week. I learnt that a year can be both incredible and totally heartbreaking all at the same time. And I learnt that there are some people who will always be there for you and your baggage, and that there are some people who need to take care of their own first, and that that’s okay.

I hate to say it, but Kylie Jenner was so right when she said this was the year of realising stuff. 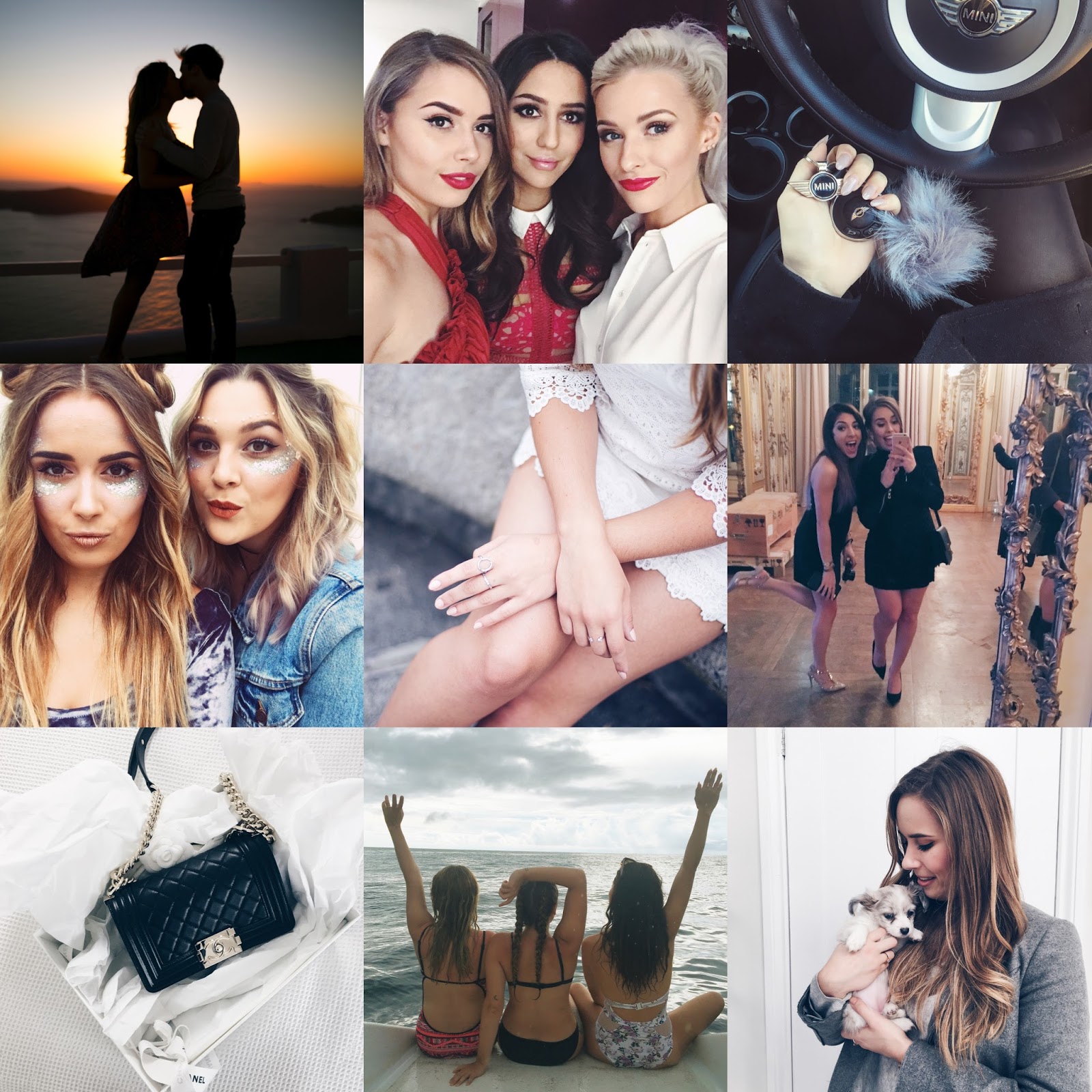 Well, where do I even start?!

Stayed in Paris with Givenchy for their S/S16 Press Day – SAY WHUT.

Attended London Fashion week and sat front row at some of my favourite shows.

Visited Paris with L’Oreal for their Skin Summit

Was featured in InStyle as their “Power Blogger” (awesomeeee)

Fell in love with Santorini in April

Worked on a campaign with Guerlain for Terracotta Bronzer whilst in Santorini (note to self, stop working on your personal vacations)

Came home for four days, worked in London for two and then… Flew to Crete with the girls!

Home for two days and then… travelled to Paris with Alix to shoot my jewellery line imagery.

Whilst in Paris things took a turn for the worse and we had to return home earlier than expected. This is when I first learnt just how much I needed to listen to my body and mind.

A few weeks later I launched my Jewellery line with Mejuri

I spent the rest of the summer in Brighton and kept my feet firmly on UK soil for a solid three months.

Liz Earl took myself, Alix and Liv to Bestival and covered our faces in Glitter. It was a magical experience and despite the weather I would do it all over again in a heartbeat.

I attended London Fashion Week again – Henry Holland and Topshop were my picks for this season!

Before Vlogtober started, Josh and I stayed at Babington House as a pre-birthday treat!

I turned 25. I am now officially in the over’s category on X Factor…

I hosted a meet up with Clinique and got two new tattoos and tried out a ballet lesson, all on the same day.

I bought my first grown up car – a mini cooper – and weirdly it’s brought me so much more joy than I ever imagined.

Josh and I flew to Barcelona for my birthday and to celebrate the end of Vlogtober. It was the first time flying again since June and I was extremely anxious but we got through it and had the best time. And ate ALL THE FOOD. Priorities.

Worked on a pretty big campaign for Liz Earl in November

Hosted a meet up and spoke on a panel at Beautycon London in December.

Josh and I celebrated our TEN YEAR anniversary!

Had a very merry christmas and started to unwind. It felt SO GOOD.

I definitely worked the hardest I’ve ever worked this year, and I’ve never felt more grateful for the support from my family, friends and my work team. I also feel so blessed to have such wonderful readers and viewers who truly make the hard work seem a little less so. Whilst it’s been so busy it’s also been an incredible year and I feel so grateful for every single day I’m blessed with. Tomorrow we say Hello to 2017 and I’ll be back with my thoughts on the year ahead and how the “year of realising stuff” has changed my outlook going forward. Get ready for the resolutions! But in the mean time, have a wonderful New Years eve, however you spend it.