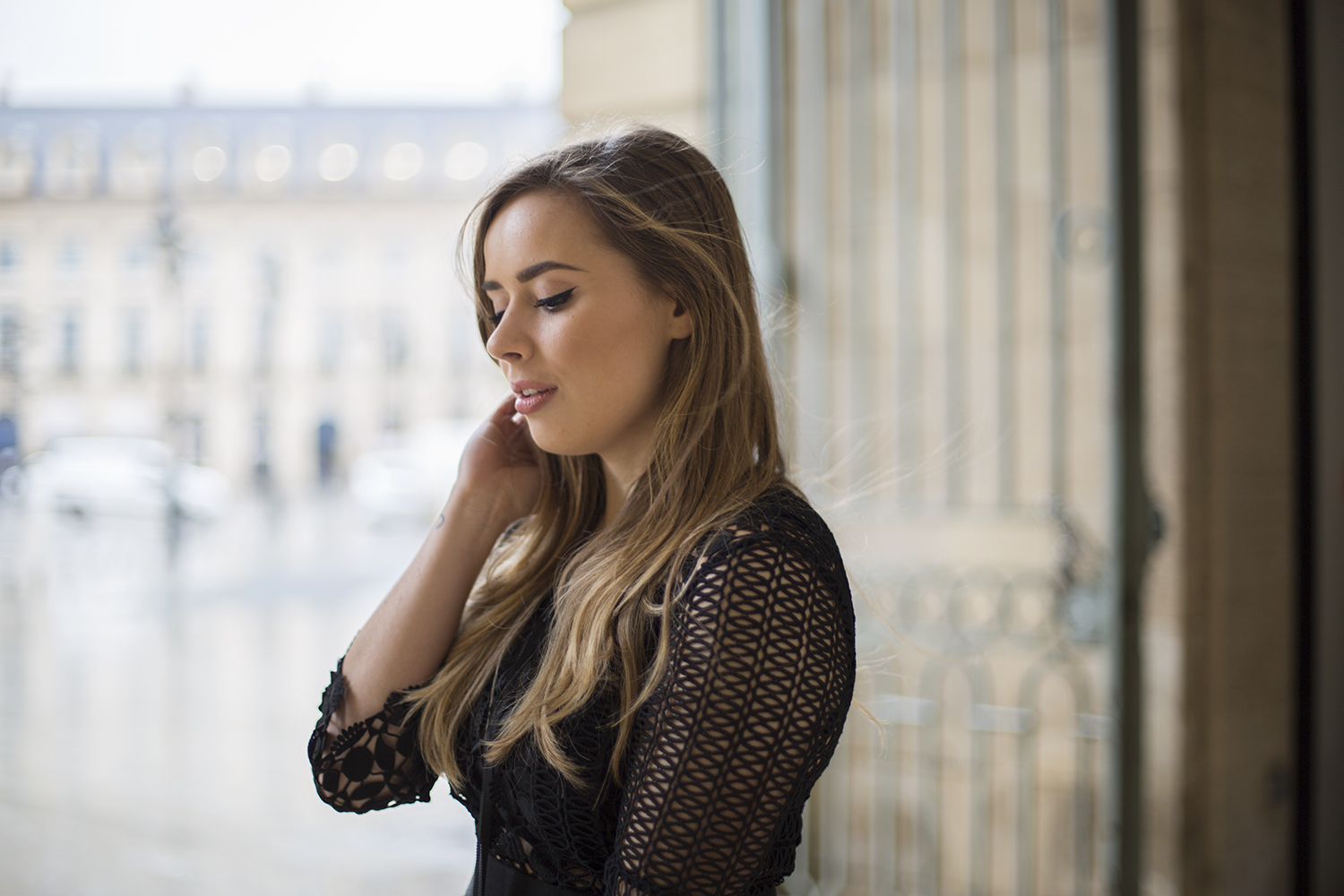 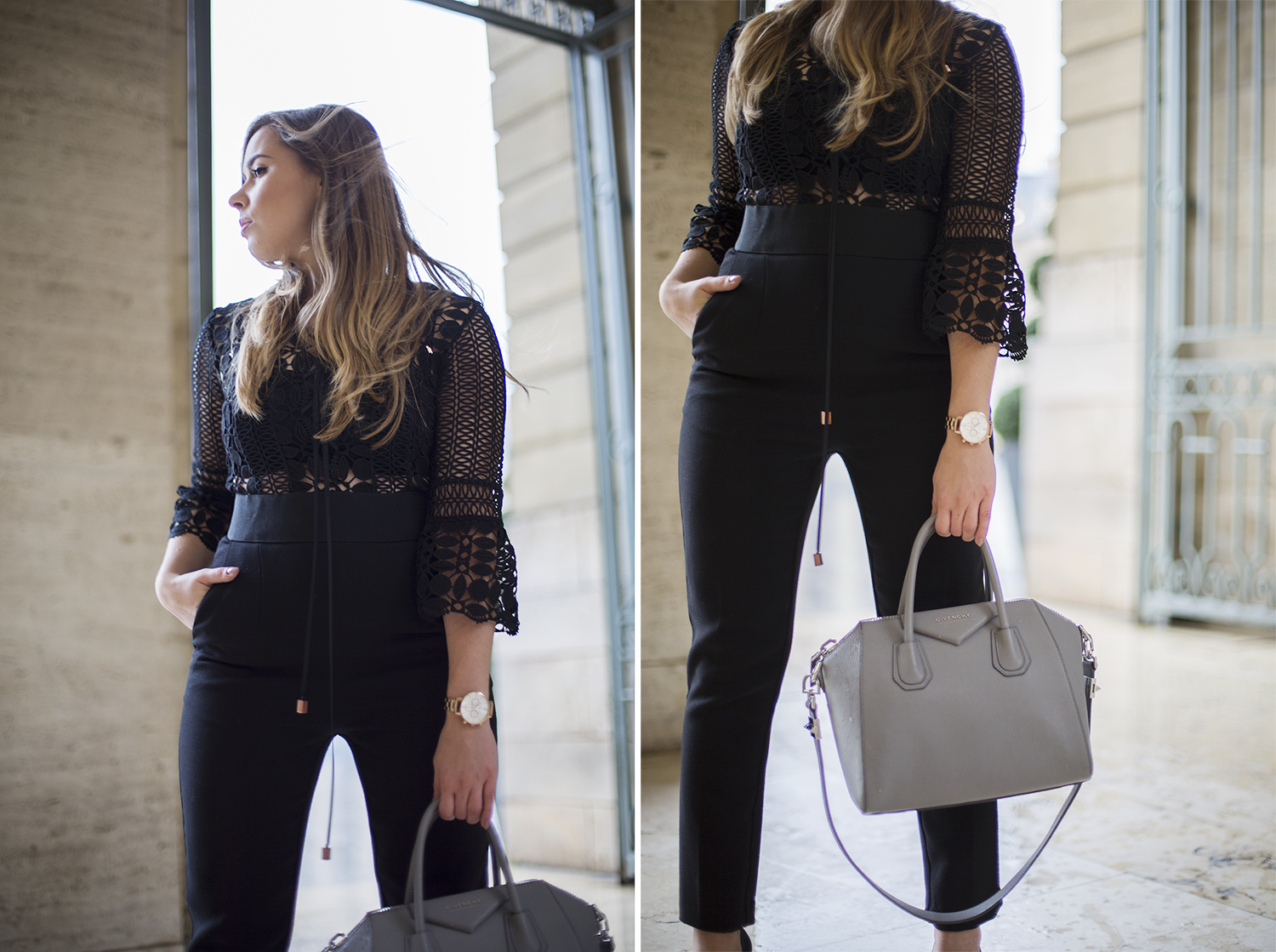 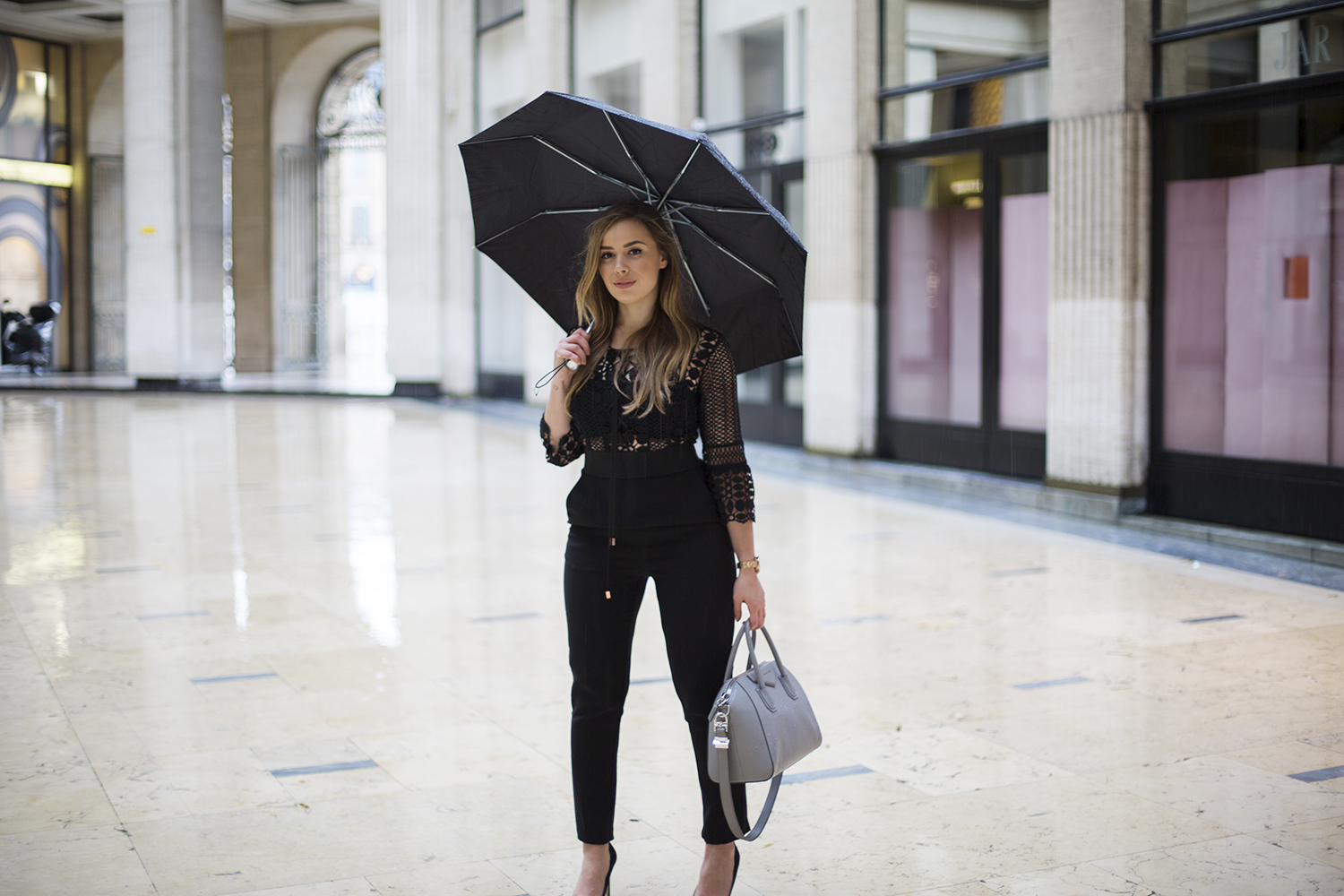 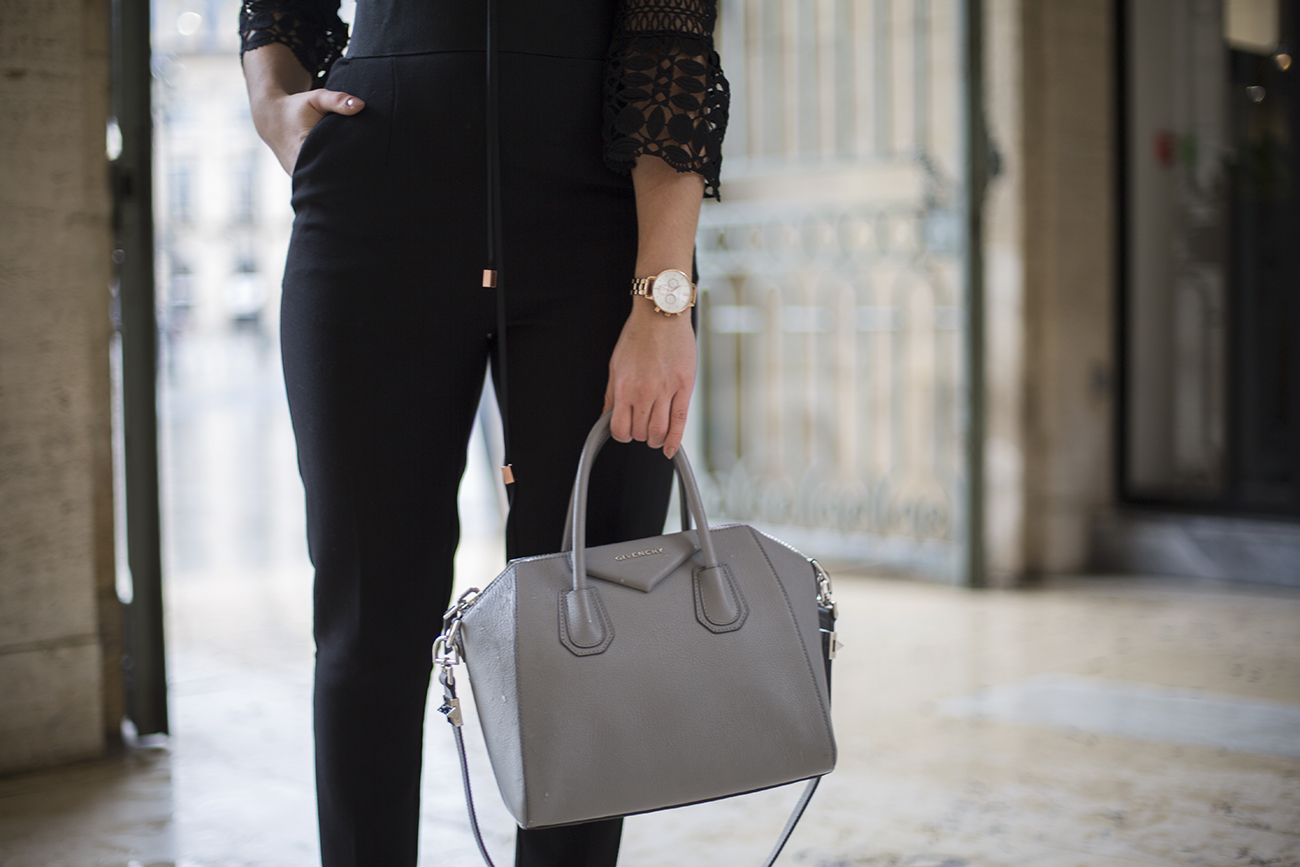 If you couldn’t already have guessed by the oh so cliché title (or the fact I haven’t shut up about it on instagram, snapchat, twitter or my YT channel), I was in Paris earlier this week! Myself and a few of my favourite girls were very kindly invited by the L’Oreal Paris team to see a few of the shows and get a look backstage, as well as having our hair transformed by Christopher Robin and his team! I’m going to talk about this in a little more detail in a separate post, but they used the L’Oreal Paris Preference Infinia colours to create this look – it’s so natural and I’m so happy with it!

It was a complete whirlwind trip, but luckily I had time to shoot this look before we left on Wednesday. This was my outfit for the Giambattista Valli show on Monday. I’ve been after a Self Portrait Piece for so long and after my last trip to Paris where I saw Sandra wearing an incredible jumpsuit, I knew I had to have one in a similar style.

I went for a more tailored trouser leg, as opposed to the culotte style they often release from LUISAVIAROMA. I knew I would have to have the leg length severely altered and this shape not only made the most sense in that respect, but it’s also super flattering on my shape. I’ve learnt it’s so much better to embrace the curves that trying to dress around them. I paired the one piece with my favourite black heels from ASOS, which after being caught in the torrential downpour we were caught in, are now looking a little worse for wear. Oops.

I took my Chanel Boy to Paris with me with the original intention of pairing it with most outfits, but actually opted for my Givenchy Antigona with this outfit. I liked the way it broke up the monochrome look and also added a little sports luxe vibe to something that looked feminine and tailored.

Oh, and shout out to Victoria from ITF for the photos! 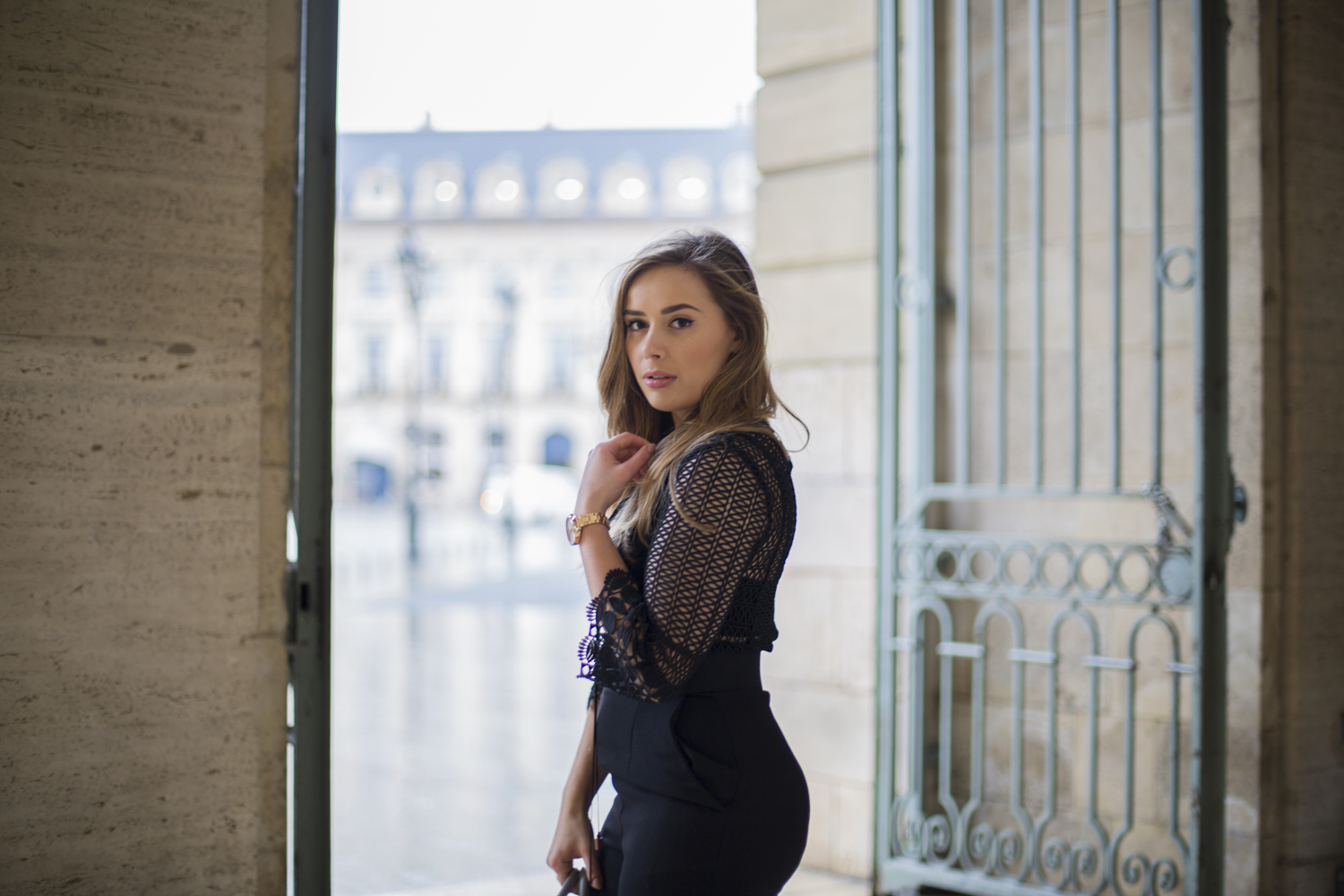 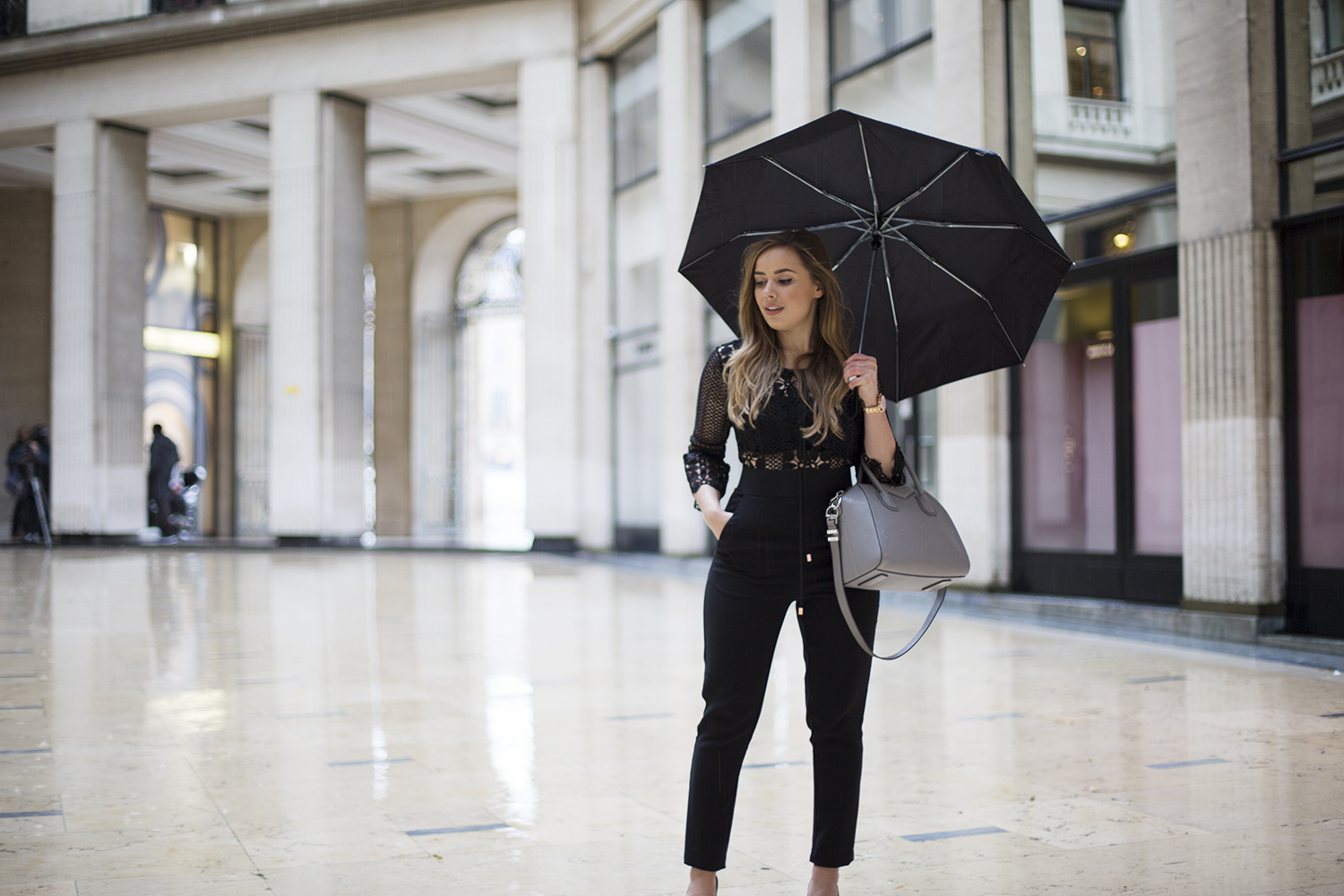 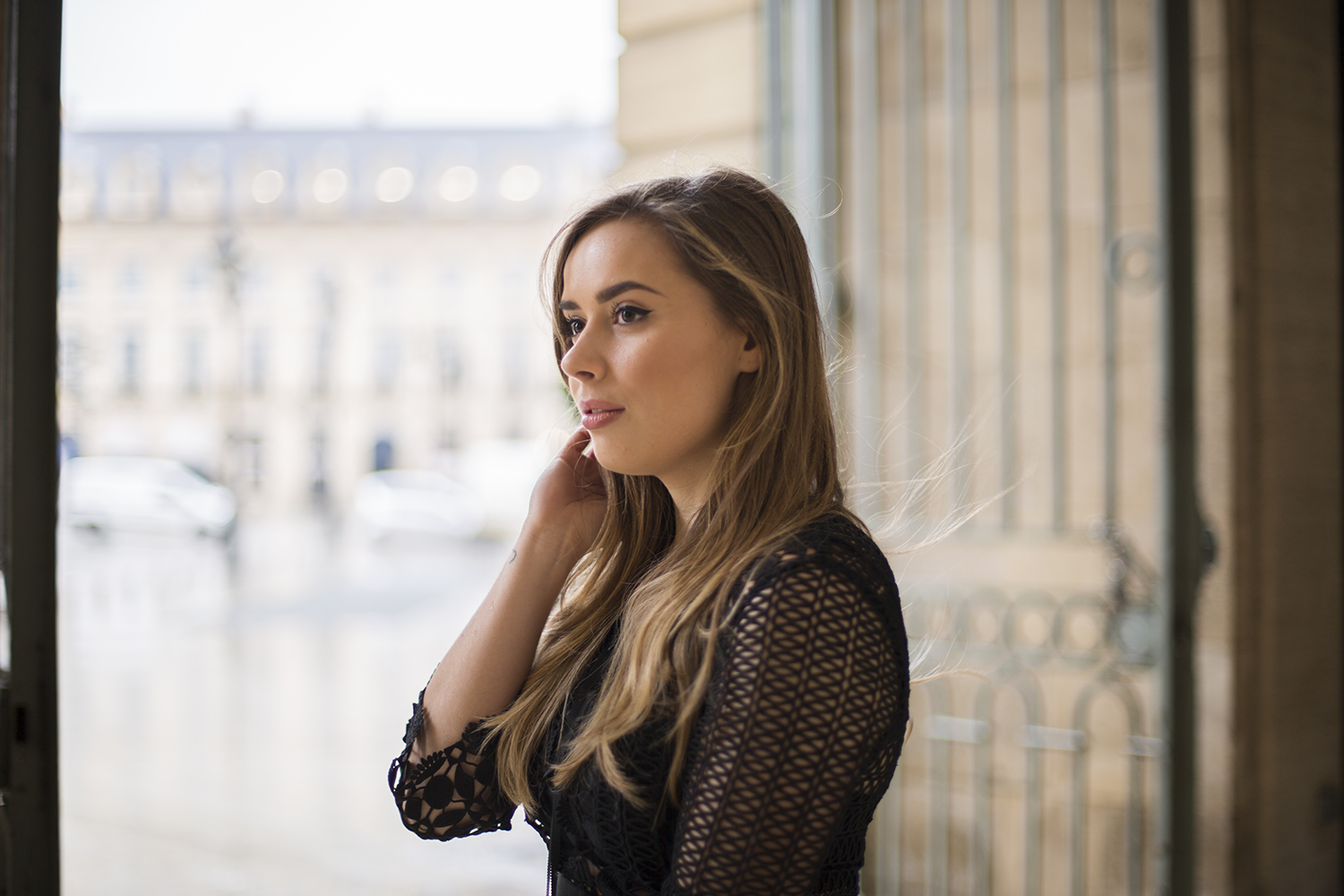 And then we have the shows. On day one we arrived and headed straight out to the Giambattista Valli show, where L’Oreal Paris were taking care of the hair. To contrast the frills and sheer, floaty fabrics, the hair was slicked back and given relaxed, glamorous waves. The makeup was minimal, yes flawless and the attention was focused around the brows, with a light amount of product through but given an extreme glitter highlight on the under side. #highlightonfleek

On Tuesday we visited the backstage area of the Vanessa Seward show, where L’Oreal Paris were doing the makeup. Honestly I spent most of my time photographing Taylor Hill and now have more photos of her and Gigi Hadid on my memory card than I care to admit… #stalker

The makeup look was minimal, with a little definition at the lashes and some models sporting a black cut crease – making the eyes stand out underneath the beautiful sequin veils they would later be walking in. Unfortunately I was facing against the light on a beautifully sunny day, so photos from this show are a no go, but the whole look was really beautiful. 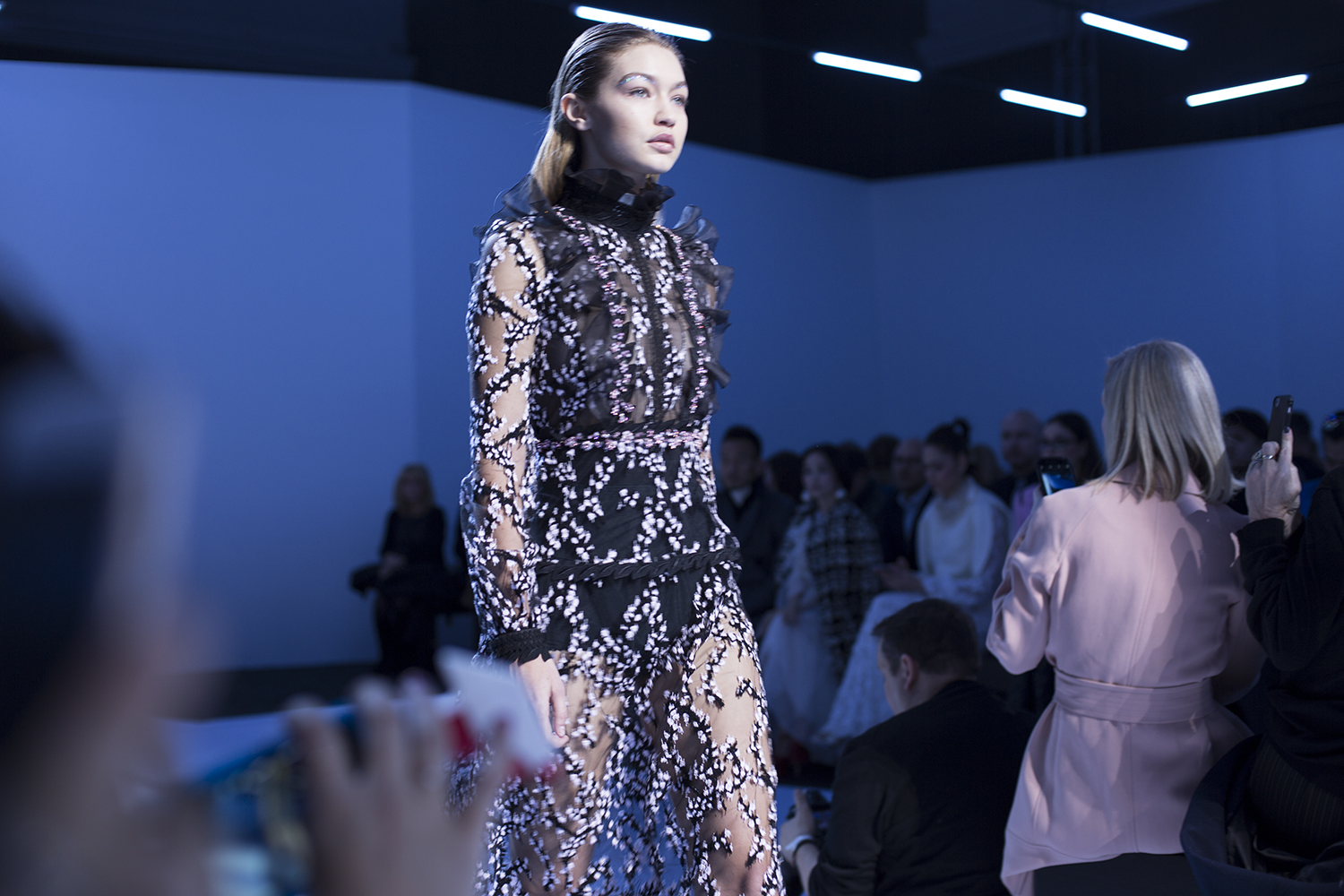 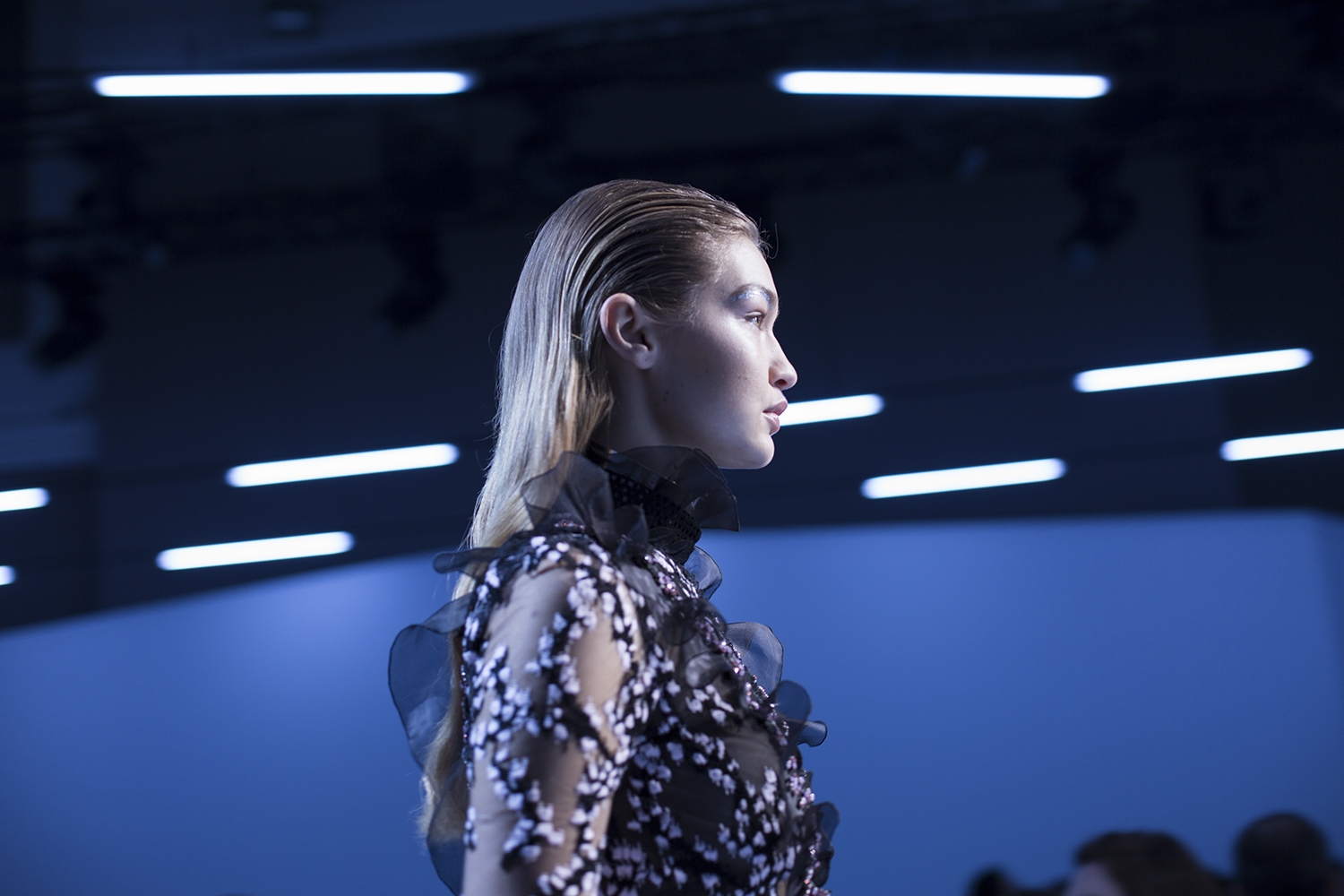 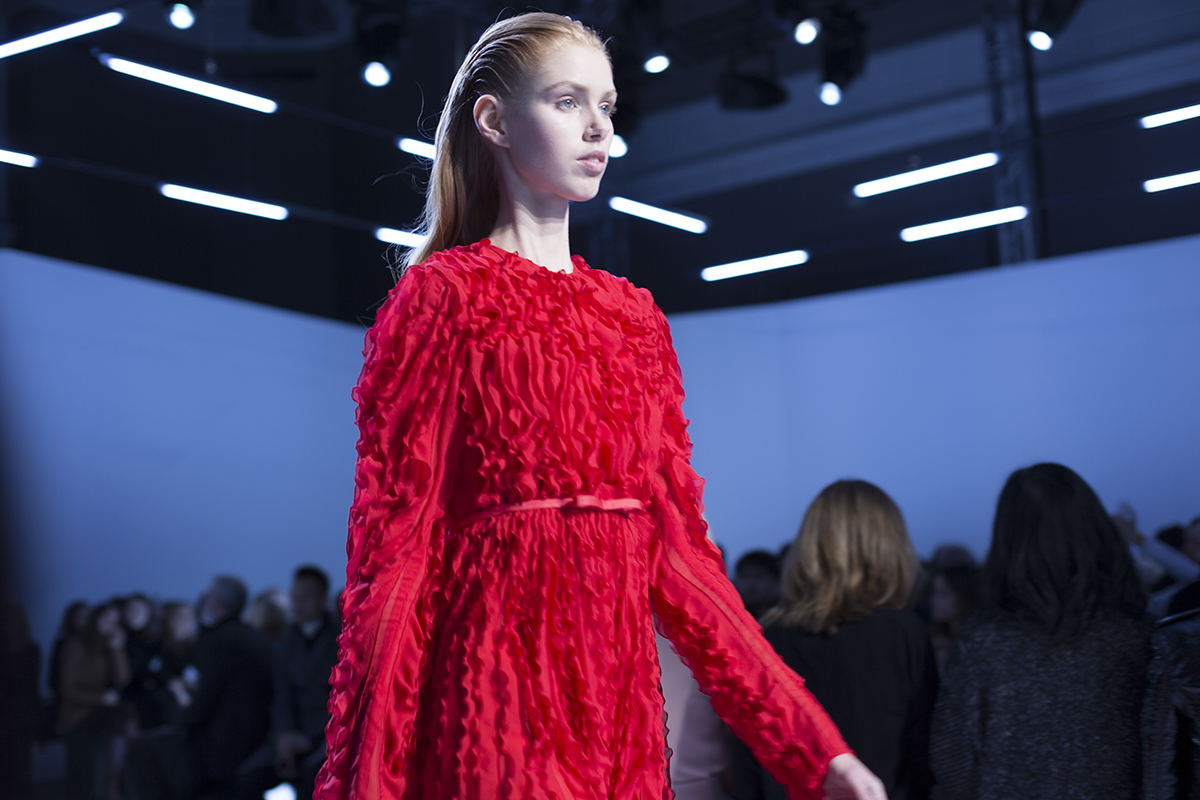 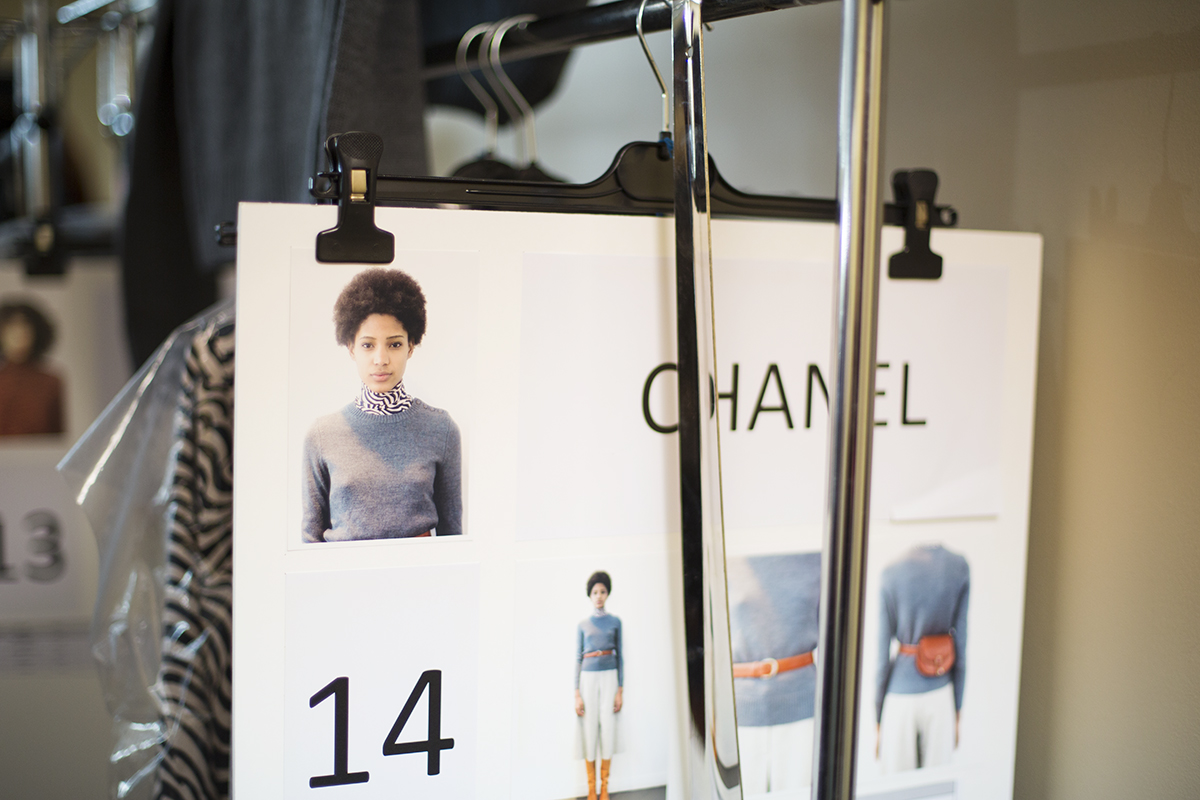 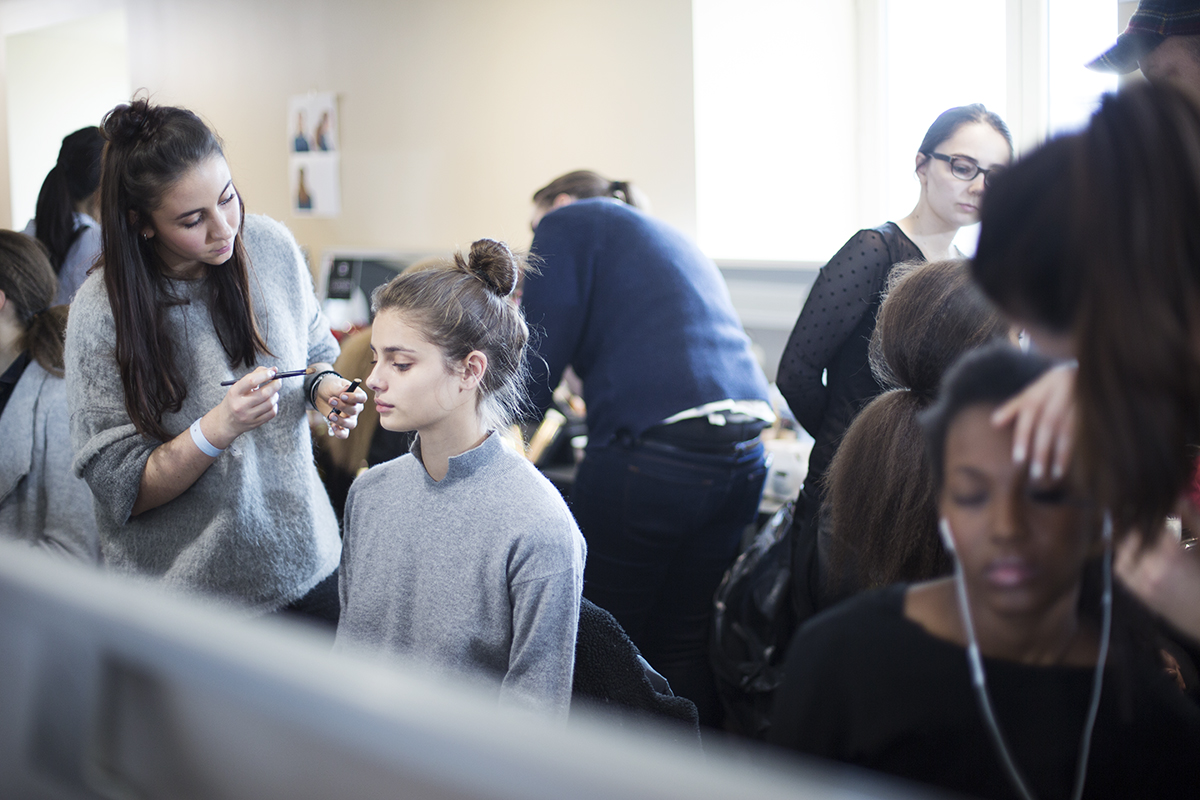 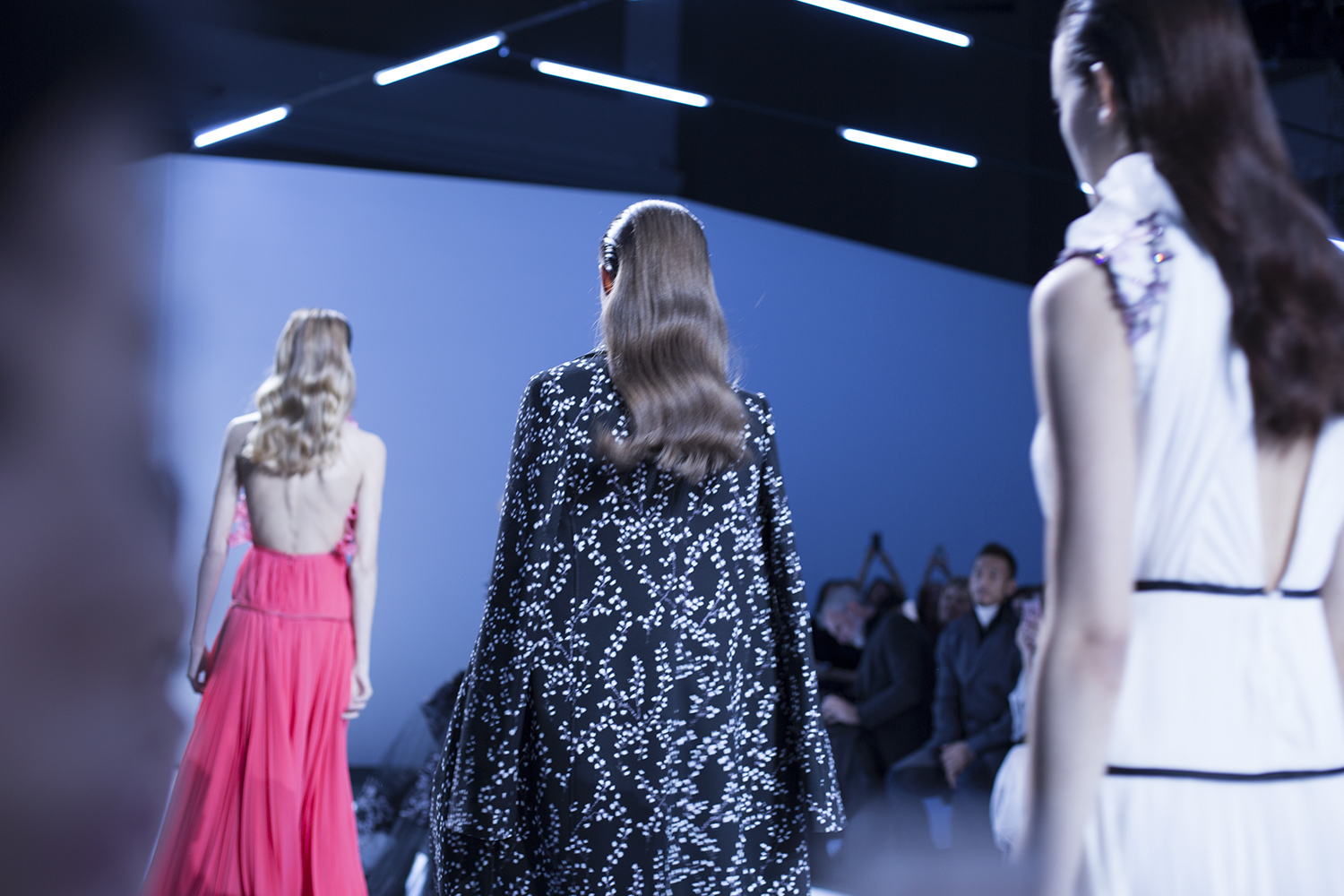 So that is my Paris Fashion Week run down! It was such an amazing experience and has only inspired me to want to attend every single season. So a huge thank you to L’Oreal Paris for the wonderful opportunity.