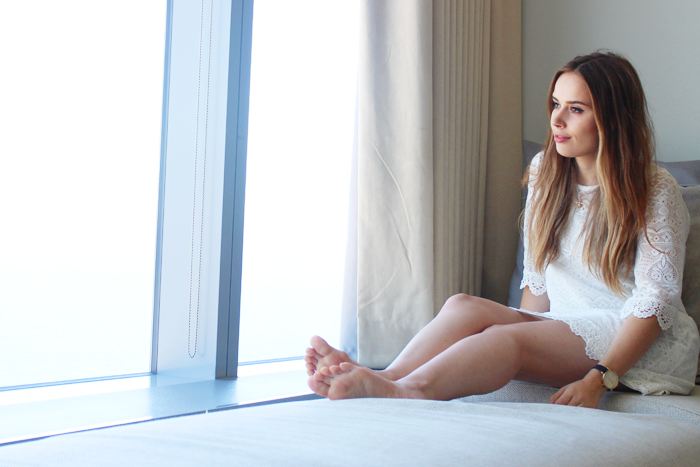 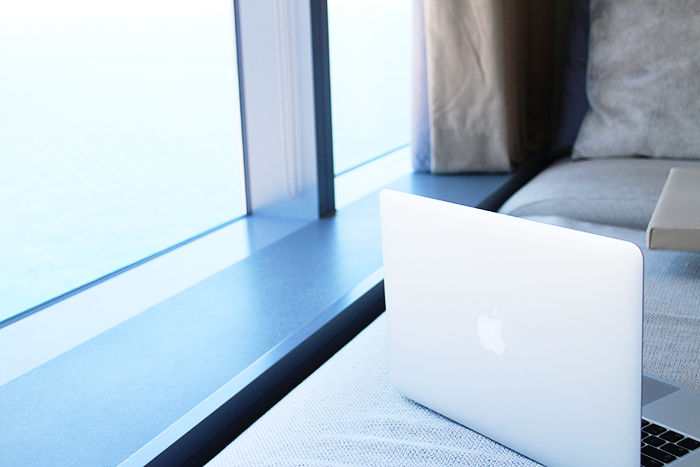 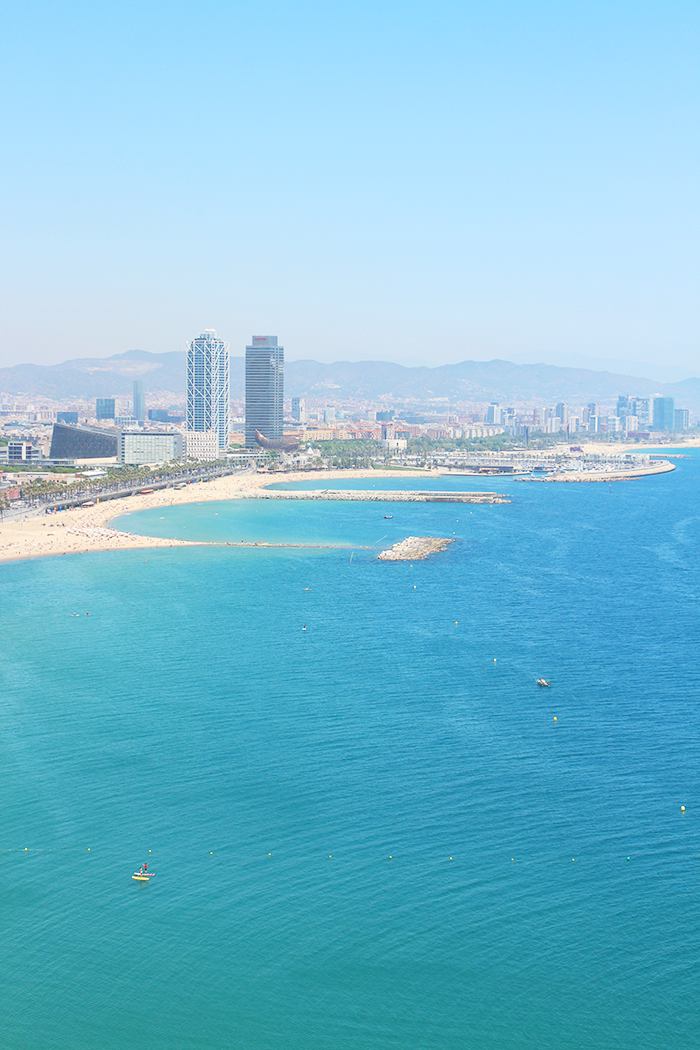 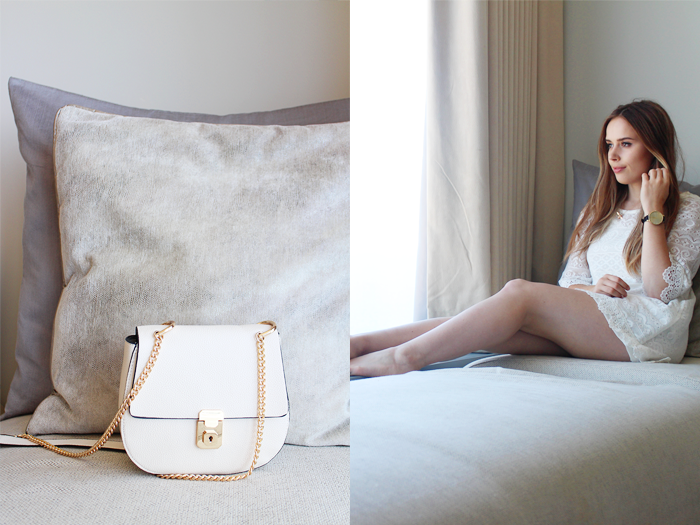 If you keep an eye on my Twitter or Instagram then you’ll already know that this week I spent a night (well, actually three) in the W Hotel, Barcelona. I’ve been for lunch at The W in London a few times, and had a snoop around the bedrooms, but never actually stayed in one. As you can imagine when Clarins invited me to fly out and stay for four nights I was over the moon! I flew out early on Tuesday morning for four days of full on shooting, with the end result to be released in 2016. It was such an amazing experience and I almost didn’t want to come home!

The hotel was stunning, and being on the 20th floor I had the most incredible view! I still have a lot of photos left to show – but instead of releasing them all at once I’ve split things in to three parts so I can talk about various bits day by day. There will also be a vlog up documenting the trip this week!

I took these photos on day one as soon as I’d checked in and after getting acquainted with my new home for the week I was whisked straight in to briefings for the next four days of shooting. I definitely didn’t get to see as much of Barcelona as I would have liked so hopefully I’ll be coming back soon! But The W Hotel was incredible and if you’re on the hunt for a luxury stay abroad I would 100% recommend it.

I loved my time there, and can’t wait to share it all with you, but at the same time I have this amazingly content feeling now I’m home. I feel really motivated and ready to get back to work! Let’s hope this feeling sticks around… 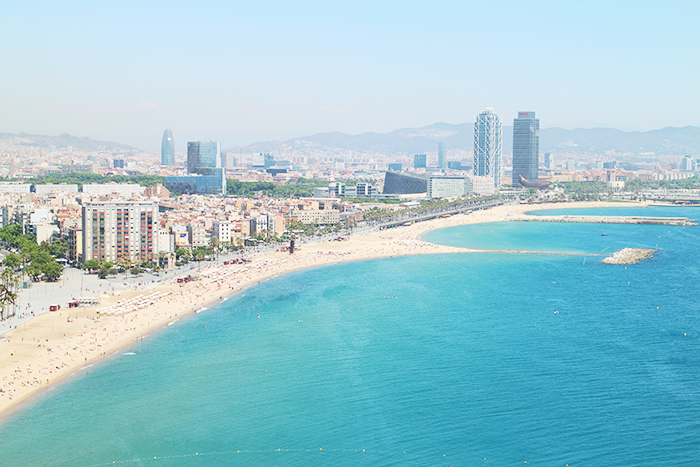