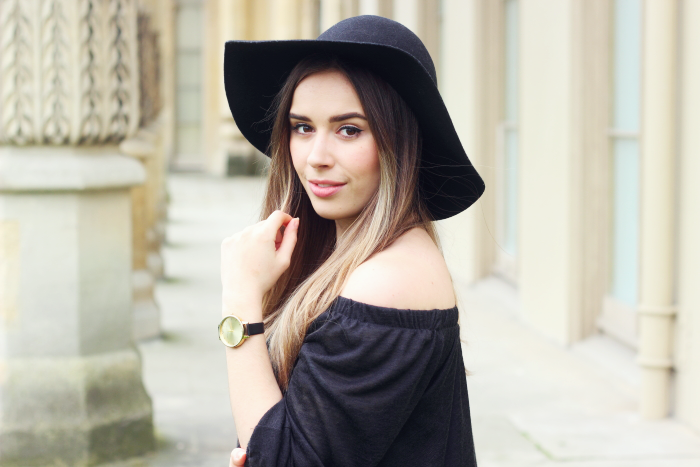 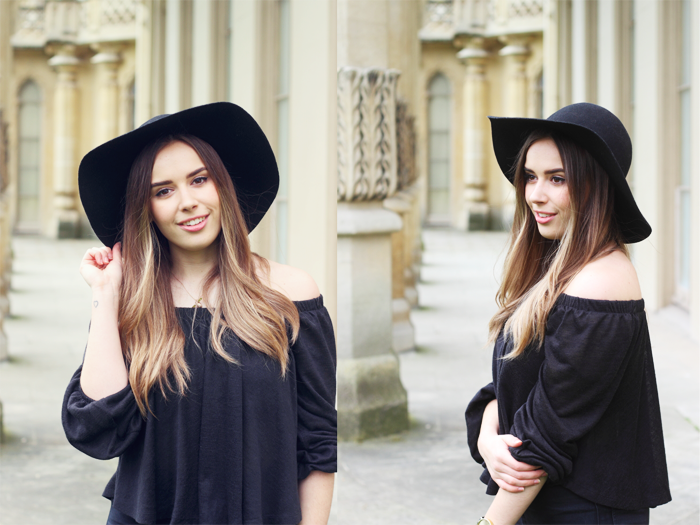 I have to admit when the 70’s trend rolled back around I was one of the first to sigh in despair. Flares, fur collars and cuffs, DENIM? seriously? No thank you. We all know the denim trend won me over in the end, but the rest, I’m still not so sure. So I set myself a little challenge to find something, anything, that I could wear daily and throw on feeling like myself. Where do you start? Well, buy all new trends in black, obviously.

During my trails of a few different items I became completely obsessed with off the shoulder tops. They’re such a nostalgic item for me as they were “the thing” when I was around 7/8 years old and obsessed with the Olsen Twins (nothing changed there – BUT SERIOUSLY  HOW HAVE THEY BEEN LIFE LONG STYLE ICONS!? Kudos to them…). Mine was always a tad too big and I’d be hoisting it back in to place regularly. However, this off the shoulder top from ASOS fits perfectly both on and off the shoulders (it sits really naturally on the shoulders which makes coat wearing less of a faff than it looks) and has been worn about six times already since it’s purchase a few weeks back (rest assured it’s also been though the wash a lot too)!

I purchased it from the tall section to avoid things getting too “croppy” – for some reason every retailer under the sun wants to crop things all year round which is just not flattering – and It feels almost timeless when I wear it with jeans and my regular boots and I’ve even purchased similar sets in patterns and colours (COLOURS PEOPLE!!!) just in time for the sun to finally show it’s face for more than two hours. Guess who’s going to have super brown shoulders (and nothing else) by the end of summer! 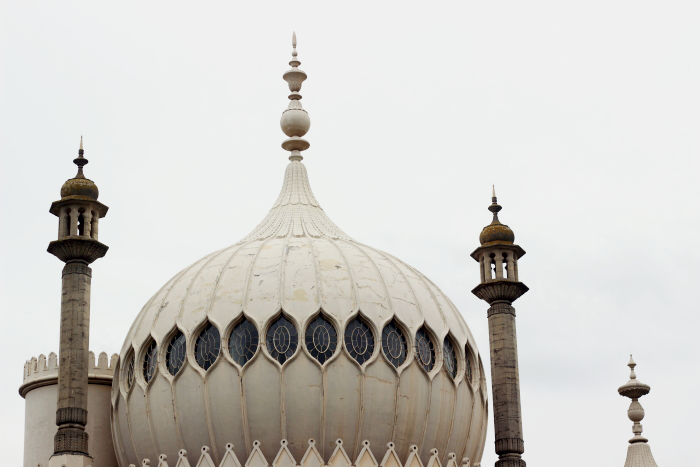