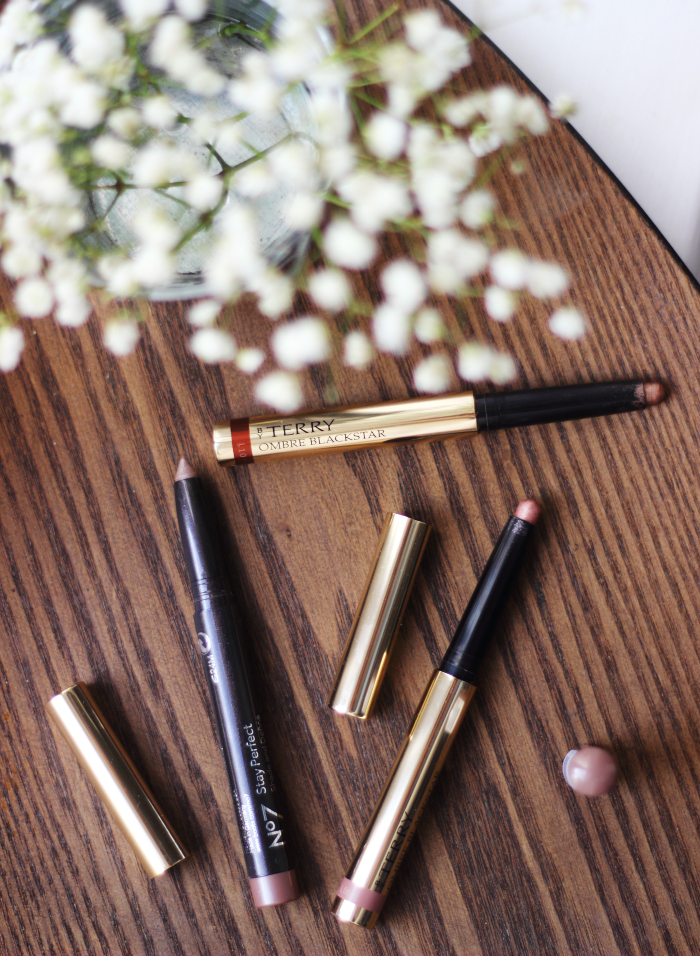 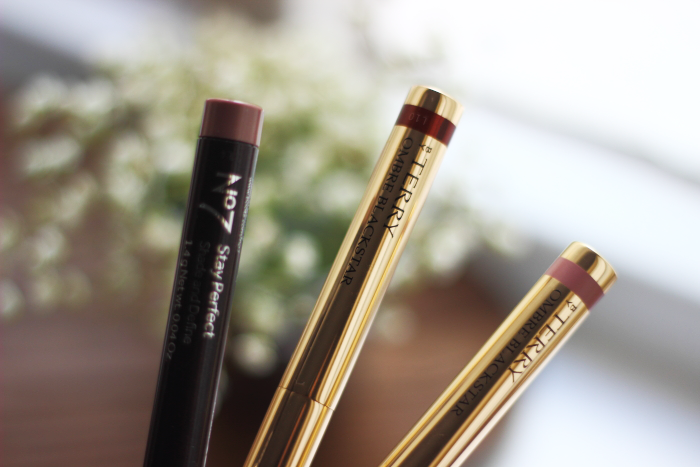 A new obsession of mine (and rather late in the making considering how long it’s taken me to fall for this bandwagon) comes in shadow stick form and makes eyeshadow application look like a breeze. It all started with the By Terry Ombre Blackstars and had now progressed to those from No.7 with a whole eye shadow stick wish list from various brands still to be devoured.

There are a number of reasons behind my obsession with cream eye shadow sticks, with the top one being: Laziness. If you’re a regular round these parts you’ll already have cottoned on to the fact that I like minimal effort when it comes to application. Depending on the look you’re going for you can get away with as little as a brief smudge with a finger. Marvellous!

The formulas I’ve tried so far all seem to be super long lasting too – making reapplication or creasing (depending on how oily your eye lids are, obvs) a thing of the past.

And the very obvious one? They’re in stick form. Easy to apply and travel around with – no eye shadow quad + brushes over here!

My favourite way to apply is by blending a sheer wash of colour from the lash line upwards, repeating a few more times but blending less after each new swipe of shadow. This builds up a beautiful metallic look at the base of the lashes, with a gradient effect towards the crease. No faff with crease colours and blending more than one shadow – it’s super easy and fuss free.