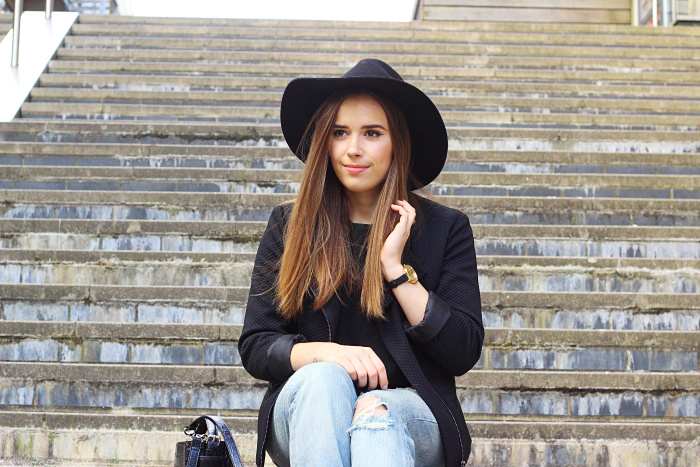 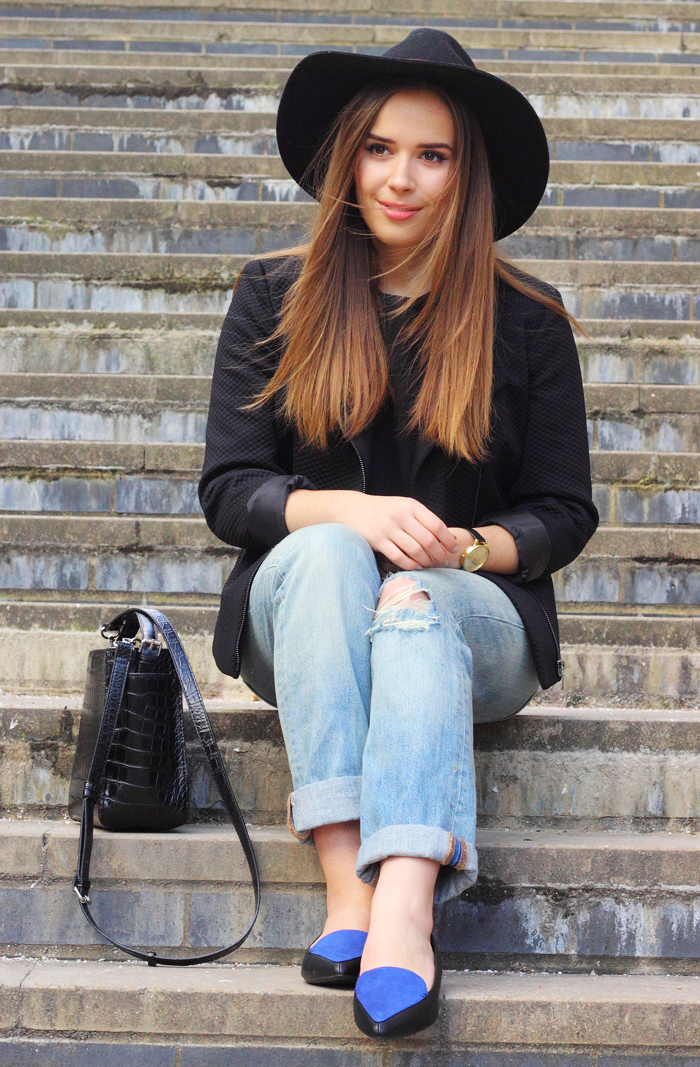 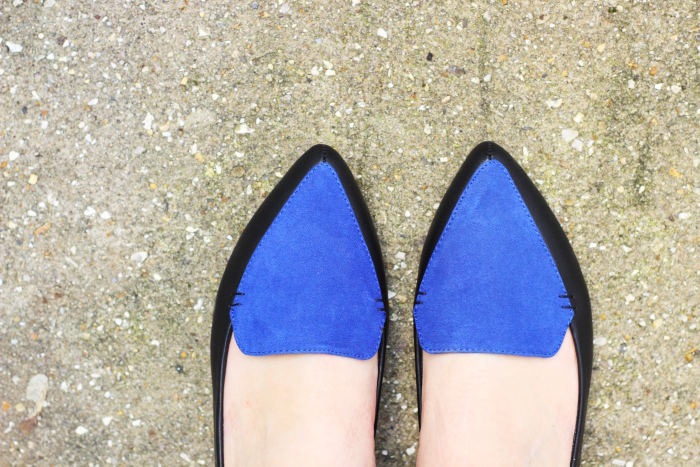 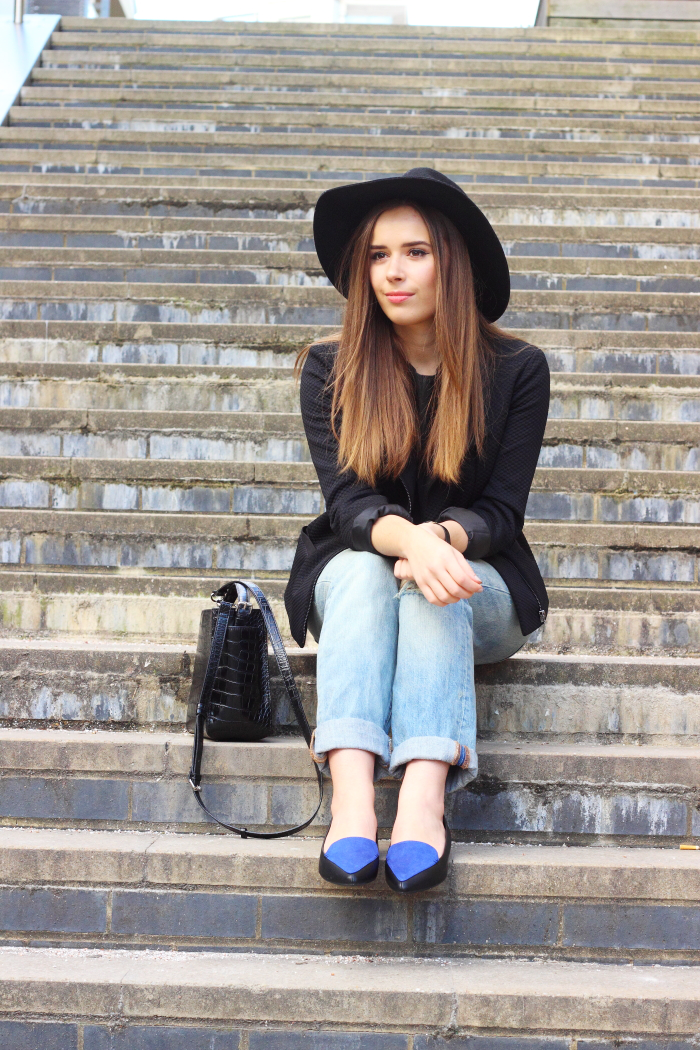 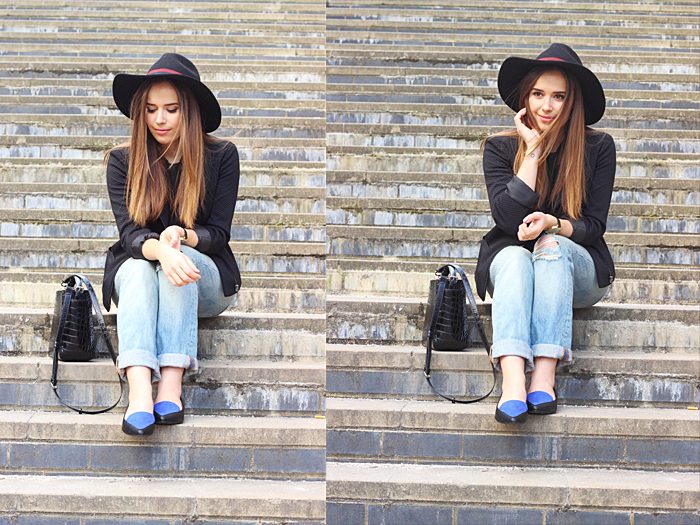 Dear Winter, we’re over. I’ve had enough of wearing the same coats and wearing at least one pair of socks every day. Spring is coming soon and we’re moving on to better things. Sincerely, Suzie.

But in all seriousness, anyone else sick of the cold? I’ve already started stocking up on lighter layers and let’s not even begin to discuss the number of pointed flats I now own. I’m ready for light layers, structured hats and lots of denim in my life over the next few months. I’ve had a bit of an obsession with blue denim recently, thanks to a certain Miss Chung and her most recent collaboration. I’m one layer away from rocking the 90’s Britney vibe, so I’ve been counteracting the latest obsession with black jackets and accessories. There’s something very transeasonal about it.

A few weeks back (before the chill really hit Brighton) I dug out my favourite boyfriend jeans. They’re perfect for work as they’re so comfy but aren’t so slouchy that I feel inappropriate leaving the house in them. I always struggle styling them for meetings in fear of looking too casual, so I threw on a cropped tailored jacket from Sainsbury’s to balance out the casual vibes a little. Little black jackets like this are great because they add a little more than just a jumper would, but can also be worn under big coats (note: for outfit shots like this there is almost always a coat just out of shot) for those moments where we need to venture out in to the cold.

I optimistically threw on some pointed flats as they balance out the proportions of the outfit perfectly but also help to keep the vibe on the right side of smart casual. Let’s call it sma-sual. On second thoughts, let’s not.

Disclosure: Compensation was provided by Sainsbury’s via Mode Media. The opinions expressed herein are those of the author and are not indicative of the opinions or positions of Sainsbury’s.