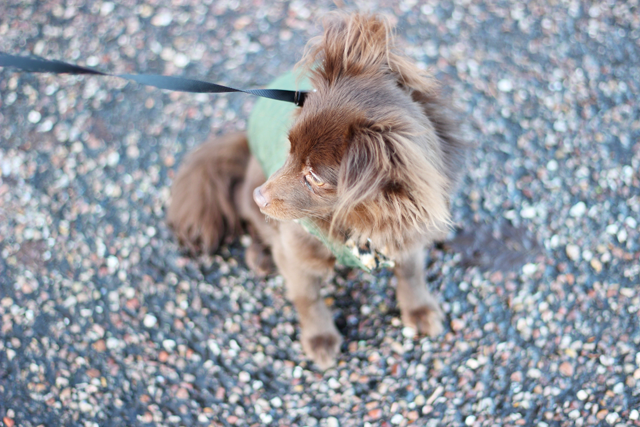 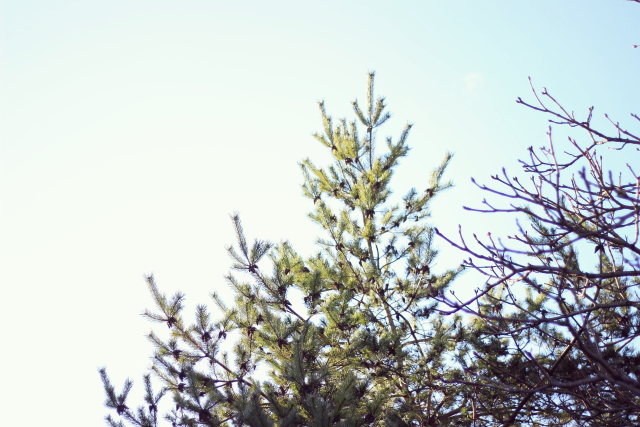 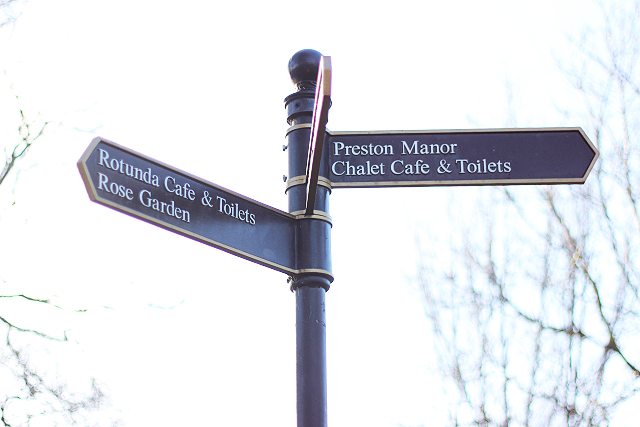 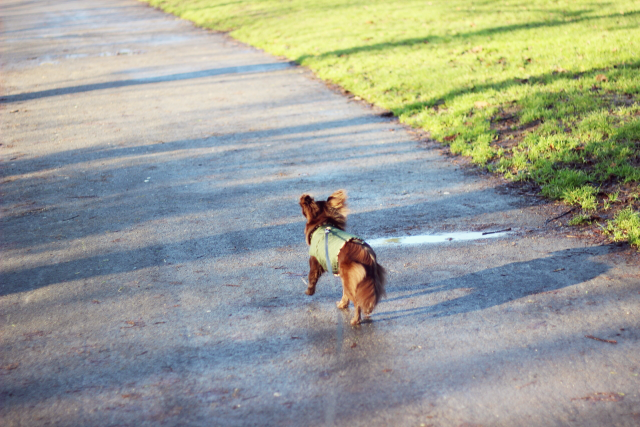 This week I finally filmed Nala’s six month update (slightly overdue as I think we are a little way over but… Maths.) In addition to a video I wanted to do a blog update too, complete with a few pictures from one of her walks this week. When we picked Nala up I was so excited for Josh and I to finally have a little something of our own (after eight years together it felt like a very natural step), but I never imagined just how much I would love the little brown furr ball who was no bigger than my hand.

Aside from being the sweetest and most gentle dog I’ve ever met, she’s a total princess (they say you project some of yourself in to your dog – clearly it’s true) and gives the best side eye and awkward seal face I’ve ever seen. I don’t think working from home would be the same without her wedged between my chest and the keyboard, head on my left arm (as is currently the case, again. or curled up on my lap whilst I film.

In celebration of us keeping a living creature alive for this long, I thought I’d scribble down some little tips, in case you’re thinking of getting a little fuzzy of your own. There are the obvious things like make sure you have enough time to dedicate to them and brace yourself for sleepless nights. But these are a few things that you aren’t always told, but can make your life so much easier.

POSITIVE REINFORCEMENT. ALWAYS: I’ve hear awful things about how people have chosen to train their dogs, but Josh and I decided from the beginning that we would only train Nala via positive reinforcement. We didn’t shout at her if she did her business in the wrong place (this can mean they just go out of your sight) and gave her lots of praise for doing the right thing. We did the same with everything we taught her, and she learnt so quickly!

THE FEAR: That stage in development no one tells you about! I was doing some research on development timelines one day and came across a stage that kicks in any time up to six months. Puppies suddenly seem to forget everything you’ve taught them for a short period. This made total sense when Nala went through a naughty stage (and I mean naughty – at one point she wee’d on the bed right in front of me) and helped us to keep calm and not worry that we were doing things wrong. We continued to praise her for doing the right thing and suddenly one day she started doing everything exactly as we’d taught her again. We didn’t say anything out loud as not to jinx it, but were secretly high five-ing each other the entire time.

YOUR TOYS VS. THEIR TOYS: When Nala was very small we bought her toys that she would be able to easily recognise as her own toys. We never bought her toy boots (that’s just asking your dog to chew your shoes really) and made sure that most toys were in primary colours (there are so few that dogs can see in comparison to us), in a hopeful attempt that she wouldn’t chew our neutral toned items. It could be coincidence but it seems to have worked. She’s never chewed a shoe (although it could just mean she’s not a chew-er) and very rarely chews something thats not her toys/bones. HOWEVER. She has a soft spot for makeup brushes. RIP MAC 217’s.

SHORT & SWEET: Keep instructions short and sweet. I cringe when I see people getting frustrated with their dog whilst giving instructions in full sentences. One word commands work best – the most we use is two for tricks like high five – however this trick is more associated with a hand movement. Dont give up on training either. No matter how small the dog is. It makes your life so much easier just for them to understand the following:

SIT – Great for photos (obviously)… and standing at crossings, clipping their lead, training them further – distracting them from noises/other things that might be going on. It’s just a good skill for a dog to learn in general as it makes them appear better behaved.

STAY – This one is not only useful for developing a puppies object permanence (understanding that you will come back and that you haven’t run off the second they can’t see you), but is useful when you’re setting down food, cleaning… and taking photos of them.

PAW – This is an optional one that I thought I’d mention for those who have young family members. Paw is a lovely one as it makes puppies appear far more friendly to young children who might be scared of even the smallest dogs. It’s like they’re saying hello with a handshake!

HEALTHY HABITS: Without sounding like an all natural, all organic, over protective kid of mum, I always try to feed Nala the best food. The original puppy food she was fed by her breeder had either wheat or rice (something along those lines) as the first ingredient, with meat appearing WAYYYY further down the list. Nala doesn’t have the understanding or choice on what goes in to her body, so I made the decision early on that it was our responsibility to feed her the best quality food for our budget. We did our research and found a brand we liked from a local independent pet shot with meat as the first ingredient. We noticed a change in Nala’s fur after the change in diet and it now looks so much glossier. Fingers crossed her insides are happy too.