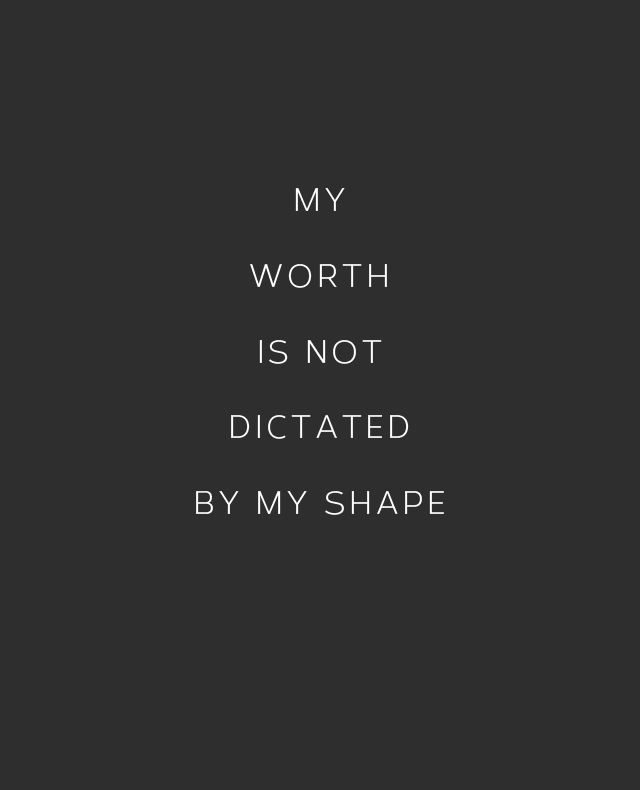 This morning I scrolled through my Facebook timeline and saw several people share the same viral image. The text over it made my blood boil and I won’t be posting it on here just like I wouldn’t leave a dead rat in my hallway.

“Curves. Because nobody likes to snuggle a stick” is probably the most disgusting thing I’ve seen on my timeline today (it was only 11:30 so will probably continue to go down hill from there). I sat and wondered (whilst ranting out loud, obviously) if anyone actually had a second thought before sharing that?
I imagined my more slender petite friends, and (stomach churns) younger family members scrolling down their time and seeing that.

I have so many friends who are the shape that they are and will never have curves, or family members who are too young to have a “shape” yet. When I think about them seeing things like this from people they know (or even who they don’t know now thanks to the ridiculous feature that is the Facebook timeline) I can imagine some of them feeling like they’ve had a mini kick in the crotch. For my younger cousins, seeing things like this can make them question how they feel about their current shape. As a teenager not everyone has a strong sense of self yet, and things like this can sink in like water to a sponge.

You can be what ever size you like and shout about how proud you are of it and I salute you. Being comfortable in your own skin is so important, but it doesn’t mean making other people feel bad about themselves for not being the same shape. A lot of people don’t even think that it is harmful because it’s not directly aimed at anyone, but direct or indirect, body shaming is WRONG. It doesn’t get any more simple than that.

People don’t choose their shape or size and the lack of sensitivity astounds me and genuinely makes me fear for the future. Do I want to potentially bring a daughter in to the world if this is what surrounds her (then Josh reminds me that our children will be the most stubborn, sassy beings on the planet – they’ll be fine). There’s also the recurring issue of reversing the message on this image – if someone were to bash a curvy figure there would be uproar. And naturally so – I’ll say it again, body bashing = WRONG.

I’m sure you’ve gathered by now that I could go on and on, so I’ll wrap it up. My body has changed dramatically over the past eight years but strangely my other half hasn’t – funny that. If that were to change I can sure as hell guarantee that my shape won’t be what breaks us (I’m extremely messy if you haven’t already noticed).

My worth is not dictated by a number or shape and sure as hell does not define whether some one wants to snuggle me at night.

Be healthy, happy and kind – that’s what it’s all about.