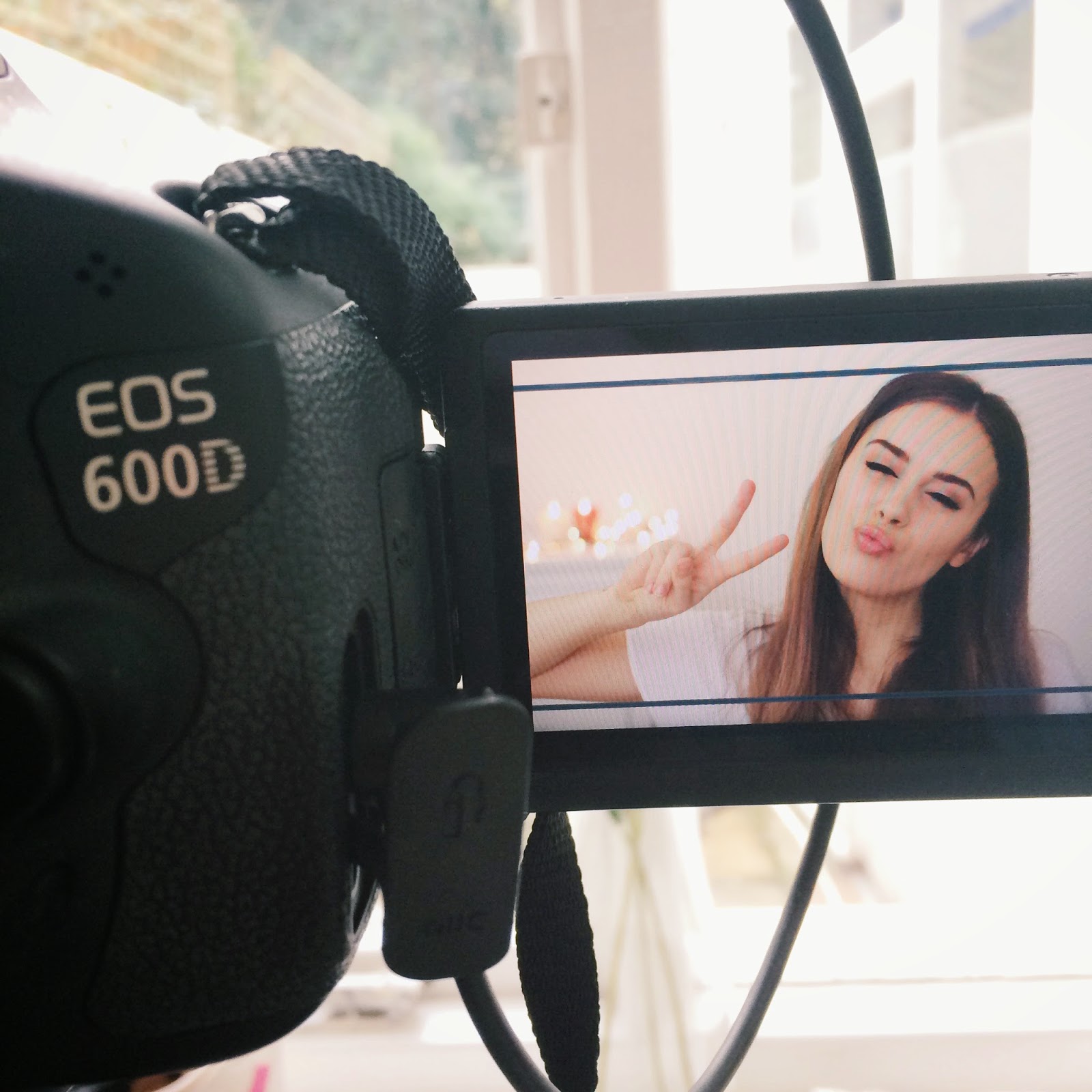 Today I wanted to address something that has been close to my heart for a long time now. I follow both blog readers and bloggers on various social media and there’s no denying the discussion of PR samples and sponsored content is nothing new (and can often get rather heated). I’ve never really spoken about it because as a blog reader I know the way the world works and that product placement and PR exists, even prior to the word of blogging (being raised by a marketeer will do that to you). And as a blogger I know what a difference it makes in creating content on a larger scale. Samples allow bloggers/YouTubers to create varied content and sponsored posts give the possibility to do what we love most – creating content on a full time basis.

On Thursday I posted a sponsored video on YouTube. Completely in line with the new advice released in the recent ASA articles. Before this article I was always very transparent anyway, and would always post whether I’d paid for an item or whether I was being paid to talk about it. I have nothing to hide – I get sent samples for consideration and am occasionally paid to make content. Simples.

When I created sponsored blog content prior to this, I always posted “sponsored” before the text (so you can make an informed decision before clicking) and disclaimed it at the end. With sponsored content on YouTube (all THREE videos – woah, slow down) I disclaimed it and posted “sponsored” on the first few seconds of the clips to allow for Xbox/mobile users, as well as in the description box. Now the only difference is that I need to move my disclaimer to the top. There’s also discussion on having AD in the title (something my YT network hasn’t said is 100% yet as there’s debate over varying levels of sponsored content and the comparison to the rules of other media) but I’m still doing it regardless. Very little has changed and I don’t mind at all.

I love making beautiful content, wether I’m being paid to do it or not. And although I generally am asked to make it for other channels, occasionally I might be offered the chance to work with a brand, featuring some of their products in my videos. Opinions are always honest and I will never say anything I don’t mean and if the items are clothing then I pick what I want to wear myself. In every case I spend twice as long working on a branded video because I want it to be extra enjoyable and not be tainted by the fact that it’s sponsored. I want to make every video with the same, if not more love than the last, and want you to enjoy it as a result. Regardless of whether it’s a brand video or not.

Back to the video I posted on Thursday… (went off on a tangent there!) I posted a sponsored video in a completely transparent way. I’d spent over 24 hours (not straight – there’s not enough coffee in the world) working on that video and worked hard to get it to a standard that I was happy with before releasing it. I’d posted two sponsored videos in my YouTube life (2 years) previous to this and had never received some of the comments that I received on this one video. Some were just disgusting and were deleted straight away, but some were both interesting and negative at the same time, but gave me the kick I needed to write this, as I have so much I want to say.

“Everything is sponsored” – For my channel this is simply not true. Sometimes I think there might be confusion that being sent a PR sample means that your opinion isn’t honest and means that you are paid to say good things. I could make endless videos on products I don’t like, but I don’t want to sound like a whiney bitch on the internet (my boyfriend deals with this enough at home – but you shouldn’t have to!), I have far more creative and lovely videos I would rather make and invest my time in. There are countless charity bags of things I am sent that I don’t ask for and don’t want/like and I’m not contracted to talk about any of them.

(Just whilst we’re on that I very rarely ask for a product – sometimes I contact brands to see if they have any spare samples of sets for Christmas gift guides as I’m not made of money, but this is only with PR’s that I have a close relationship with already. I never send shopping lists or blanket emails.)

“Sponsored content changes a YouTuber” –I personally like to think that working with a brand pushes me to make my content better. Making the occasional video for a brand hasn’t changed me as a person and doesn’t change any of the content I make outside of that one video. Simples.

“Sponsored content is uncreative/lazy” – Lots of people aren’t happy with the types of video that sponsored content appears in. This can be down to the YouTubers personal preference, but can also requested by the brand. There are varying levels of freedom depending on a campaign or brand and as it’s very rarely talked about, it’s not something a lot of people know about. I’ve also never met a single YouTuber who makes a certain video just because it’s easy. They all have varying levels of difficulty, but I’ve never come across an easy video.

These were just a few things that I saw in my comments this week and that I have seen thrown about countless times in the past few years. It’s a shame to see honesty over sponsored content be met with negative responses, especially when a creator spends so much time working on one video. I’m truly thankful to those of you who love the content I make (seriously, thank you) and understand that I can’t pay my bills with eyeshadow samples. You are all babes and I hope this posts clears up maybe a few things that some of you have wondered yourselves.