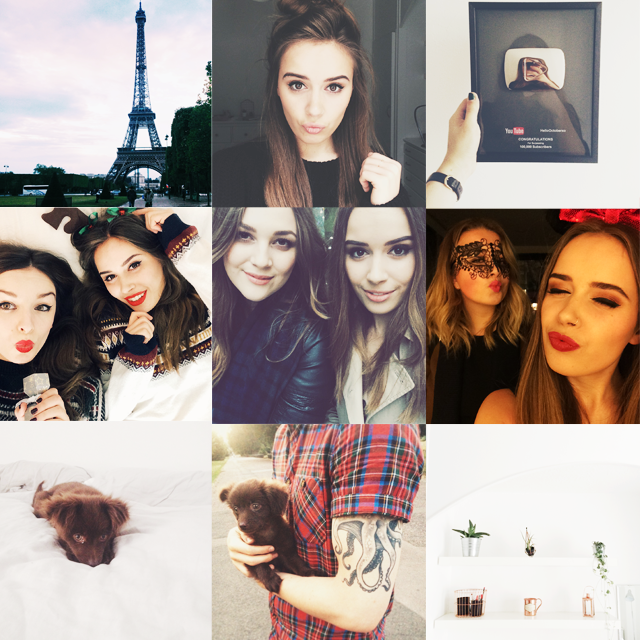 I’m not sure how comfortable I am with the fact that tomorrow my Calendar will read 2015. Part of me is fully prepared to be saying 2014 until at least March. I really enjoyed writing up a yearly round up this time last year, so I thought I’d stick with it again! The year before last I failed at my goal to maker healthier choices and yet again this year I didn’t do so well, I also set myself a target this year to not cram in so much and feel totally overwhelmed – yet another well laid plan that went totally awry…


Travel
Despite having the best intentions for 2014, I was barely allowed out of the office. However I did successfully plant my feet on parisian soil for the third year running – there’s just something about that city. Last year I wrote about how my goal was to go back to Paris and do the touristy thing in 2014 and I’m really happy that we reached this one goal in particular. New York almost happened this year too, so in 2015 I’d like it to actually happen!

Personal
This past year has been the most stressful between juggling a full time job and running Hello October as a business (you can post full time and work full time but everything that goes along with running a business and working with brands is a completely different story!) and there’s no doubt the two took over my life this year. In November I left my job to work full time on Hello October for the foreseeable future. Lots of people commented that it wasn’t a good “career move” for me, but it’s not really about that. Making sure I am mentally and physically healthy (and happy – that too) is the most important thing and my previous job role just wasn’t conducive for a healthy happy lifestyle.

On a much brighter note, this summer Josh and I picked up our little fuzzy pomchi, Nala. She really does mean everything to us and I just can’t believe how obsessed I am with her, she’s such a babe and I love working at home with her at my side (or on my arm – as is currently the case). We also moved into a new flat which is 95% what dreams are made of (if only I could re-carpet the living room), it’s not riddled with damp and so far I have not lost a single item of clothing to poor living conditions. SCOREEE! Despite this I continute to shop like a mad woman. I’m fast running out of room for my clothes – Josh may have to move out 😉

Blog/Youtube
I don’t even know where to start here. This is the part that I am definitely so proud and amazed by on a daily basis. Hello October appeared in another two publications this year, but that’s not even the best bit. This time last year I was just about to hit 50,000 subscribers on my YouTube channel and just this weekend I hit 185,000. My average increase per month blows my mind (especially when you equate it into the number of people that Wembley Arena can hold) and I’m officially working in numbers that my brain can’t really compute (maths is not my forte). On top of that the love from you all is so crazy and I’ve loved being able to meet a few of you throughout the year.

Things I’ve Learnt
This year flipped the coin on my perspective on work ethic and how you value yourself. A year ago I didn’t have the confidence to voice that I wasn’t being valued in the work place. I also didn’t understand how much what I was doing was actually worth. There is an odd working culture at the current time where employers feel that they can take advantage of already underpaid industries and run staff up the walls for half of what they’re worth. A few months ago I decided that this lifestyle was not for me. This year really taught me that from now on my happiness and health comes first, and all the while I have the freedom to take control of that I will.

2014, you were a small tornado. Thank you to all of you for coming along for the slightly bumpy ride. Have a wonderful New Year and I will see you on the flip side.