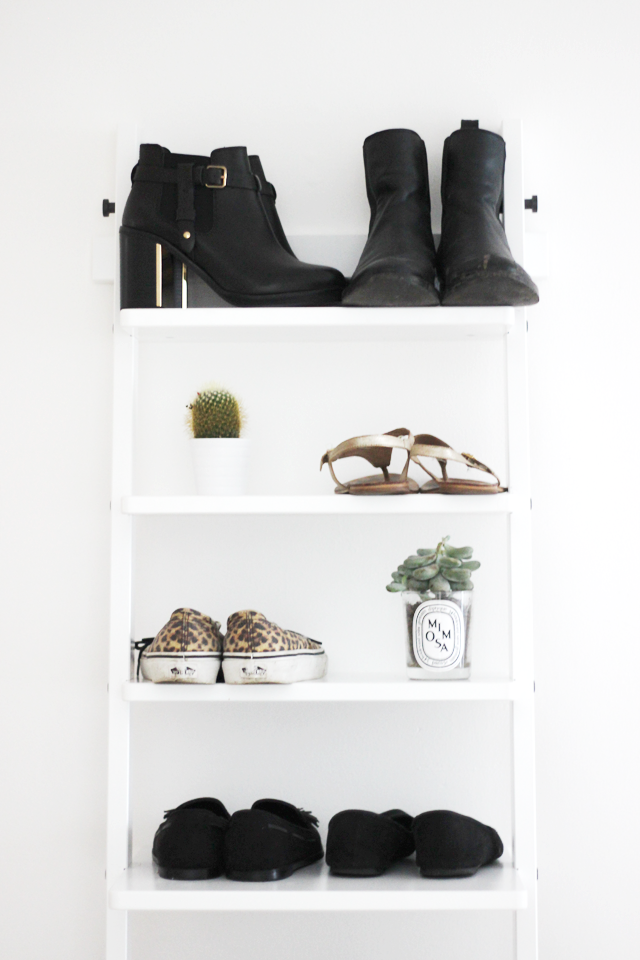 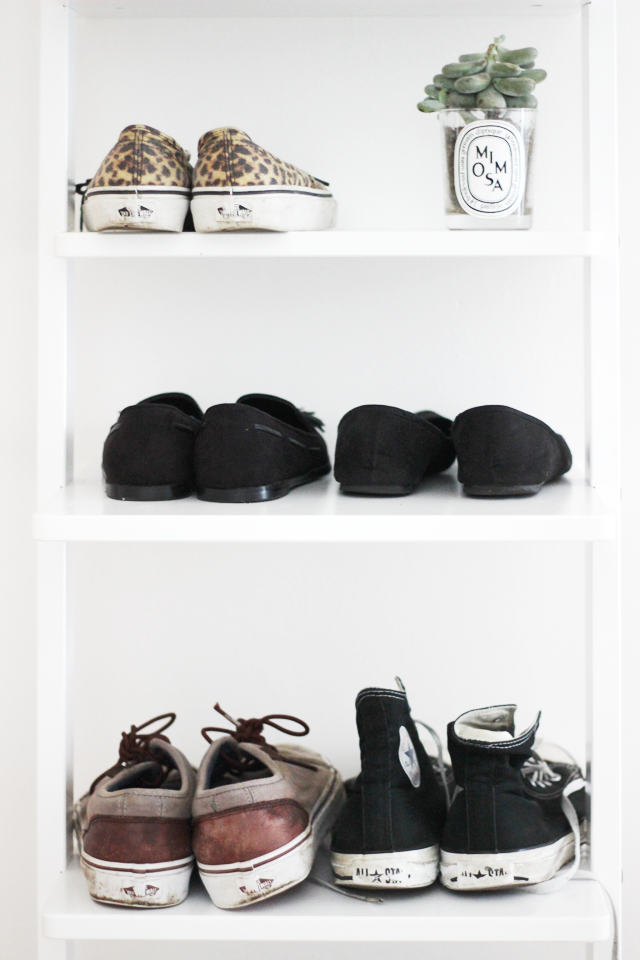 When Josh and I first moved in to our new flat the first problem we encountered was a severe lack of space for shoes. Josh actually owns more than the average number of shoes and I’m sure it’s not hard to imagine that my collection filled two (or three) packing boxes. We had a clear out as an interim solution, but as time went on, more and more shoes were being lined up down the hall way, or pairs just being dropped in various corners of the house. When I say this you probably imagine something off of Pinterest – shoes dropped on top of magazine stacks or book cases. But it was never that pretty.

When we went to Ikea I had a firm idea of what I wanted for shoe storage. Everyone thought I was mental, but I was set on the white ladder shelves (most commonly displayed for use in the bathroom) to store our shoes. I’d wanted these shelves for so long anyway, and was a tad disappointed when we moved in and I realised there wasn’t the wall space for them in our bathroom – but the hallway? In the words of Despicable Me: “Lightbulbbbbbbbb”.

The shelves worked perfectly for our shoes in the end (phew – I’m now an interior genius, instead of crazy) as some shelves are longer and some shorter – perfect for the size 11/size 4 divide. There’s a lot of space between the last shelf and the floor, so there are a few taller pairs shoes under there as well – leaving plenty of space for plants.

I don’t think I’ve ever been so happy with shoe organisation – Mumma October would be proud.