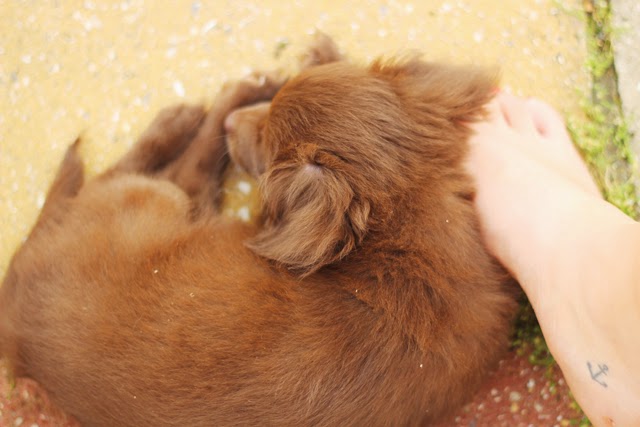 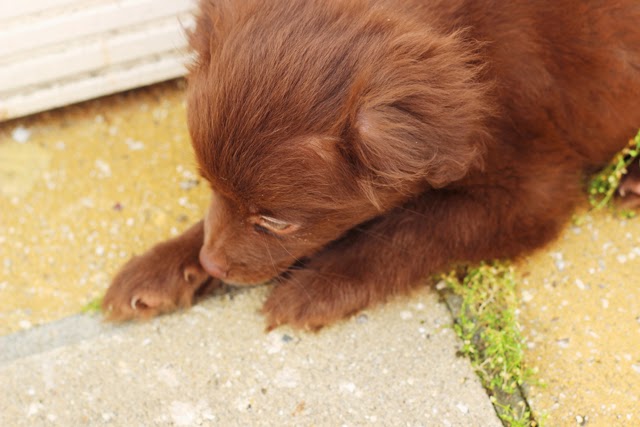 Less than 48 hours ago, Josh and I went to “see” a few little bundles of fluff who were local and needed a new home. If you’ve seen my twitter since then you’ll already know we bought one home. I’ve had a couple of questions already, so I thought I’d put together some answers and just generally apologise in advance if I disappear on social media whilst settling ma gurl in 😉

We had always planned on getting a male pup, so when faced with a pack of girls, we were a little short on names. Naturally I trawled through my mental library of disney girl names and pulled Nala out of the hat. It was the one name that fitted without being too “human” or too silly.

Nala is a Pomchi, her mum is a lilac Chihuahua and her dad is a chocolate Pomeranian. She’s nowhere near as fluffy as a pomeranian pup, so we think she’ll end up looking like a fluffy Chihuahua – full sized, no teacup pup here.

We saw Nala along with her mum, sister and half sisters and chose her for a few reasons. She wasn’t too needy, wanting to cuddle the second we sat down, and she wasn’t too crazy either. Just happy to do her own thing, but equally as happy to be held or play. She’s incredibly quiet at the moment and a little timid, but i’m sure this is something she’ll grow out of very fast.

Her first night in her new home was okay, she only ended up crying for 40 minutes in one stint during the night, although we suspect the next few will be a totally different story – luckily our neighbour swore she didn’t hear a thing! At the time of writing this we also managed to have her do her business outdoors for the first time (a high five totally happened between Josh and I). She also has her first vet appointment today for a health check, vaccinations (let’s get her out and walking about asap) and micro chipping.

It’s all happened very fast and I may have had a mini “ahhh, change!” moment yesterday, but a quick cuddle with her soon perked me up and I do love her so much already. She has a lovely temperament and I don’t think we would have taken any pup from that litter except her.