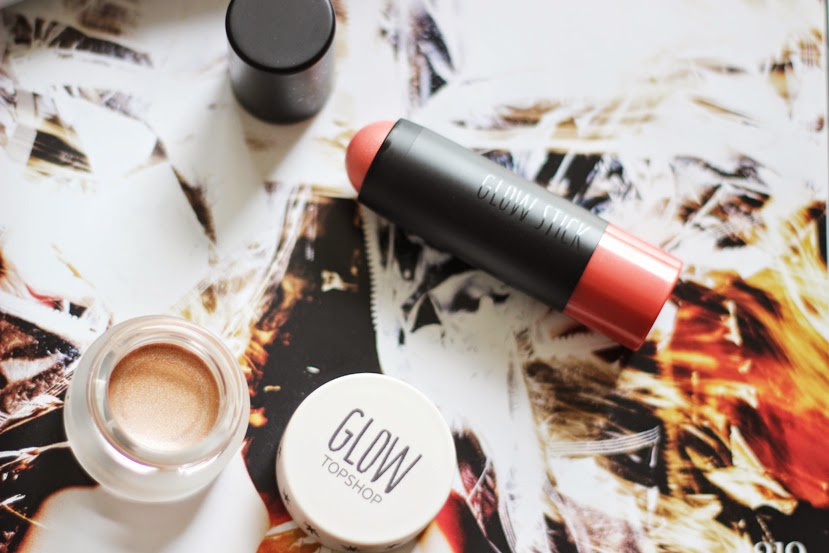 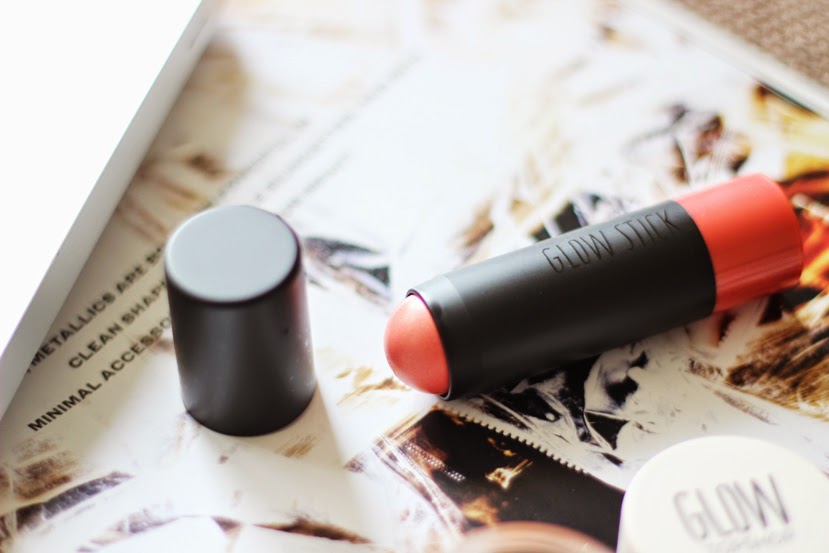 A few weeks (read: months – eek!) back now I popped in to good old Toppers and didn’t come out empty handed. Nothing but consistency from miss spendy as always. In addition to new shoes (a whole different story in themselves), I came away with two new additions to the beauty stash. Topshops Glow highlighter is an oldie in Topshop makeup terms, it’s part of the more permanent collection and has been around for a long time, appearing in countless blogger makeup bags – but I’d never tried it. Forever being put of by the fact it looked far too glittery (i’ll get on to that later). The second item is a slightly more recent release, part of this years spring/summer collection, the Glow Stick in the shade Spotlight is a cream highlighter in twist up stick form.

I picked up the latter in hopes of having a highlighter/blush hybrid, but wasn’t really wowed by it’s blend-ability or staying power. It gives a nice sheen when tapped along the cheek bones, but it simply sits on top of makeup, looking rather unnatural or moves it around. Safe to say it didn’t win me over.

But then we have the Glow highlighter… I’d been scared of it’s disco ball properties, but on getting this home, there were no giant scary glitter chunks in sight. Obvious shimmer, yes, but the glitter i’d been seeing must have been down to tester pot contamination. The worst kind of contamination there is. This one blends far better and gives the most beautiful glow. I think it’s one of my favourite cream highlighters I’ve tried in terms of consistency and finish. It’s only let down is that it seems to cause those niggley under the skin bumps that are sometimes cause (on me) by high street makeup. So unfortunately it’s not an everyday makeup favourite. But a damn good highlighter none the less!