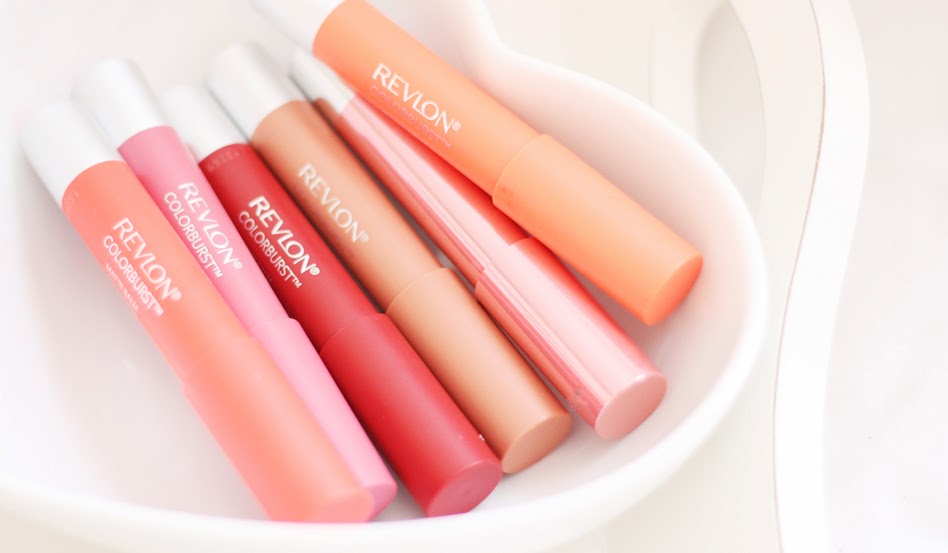 Matte lip crayons and I have got a good thing going on at the moment. It all started with the Nars Velvet Matte Lip Pencils, and with the release of the Revlon Colourburst Matte Crayons last month I can safely sat I’m set for matte lip pencils for the rest of 2014. When they announced the release of the matte crayons I spent the entire last half of the month waiting for them to come into store, and even managed to have a swatch pre-release date after cornering one of the poor girls in my local boots. Come release day I knew what shades I wanted and it was more of a sweep and grab operation before work.

Instead of filling this post with copious photos and swatches, I thought I’d put all the swatches into a mid-week video for you guys (hence why this review has taken so long to action) – call it a belated Valentines gift. In addition to the matte balms I picked up there’s also a Lacquer Balm in there too as the shade Demure was too pretty to pass up.

Despite being matte they’re no where near as long-lasting as the Nars matte pencils, but they are a great alternative if Nars is a little out of your budget. Revlon have also released some really beautiful colours that I haven’t seen in matte form anywhere else. The ones I featured in the video are:

Nude with a hint of peach – my favourite of the bunch.

A very light peachy red – the little sister of Audacious.

A deep red – like MAC Ruby Woo, but slightly less vivid and not so matte.

A glossy pink-y nude with a hint of shimmer.

Safe to say I love them and I’m pretty certain I want the full collection – any recommendations?