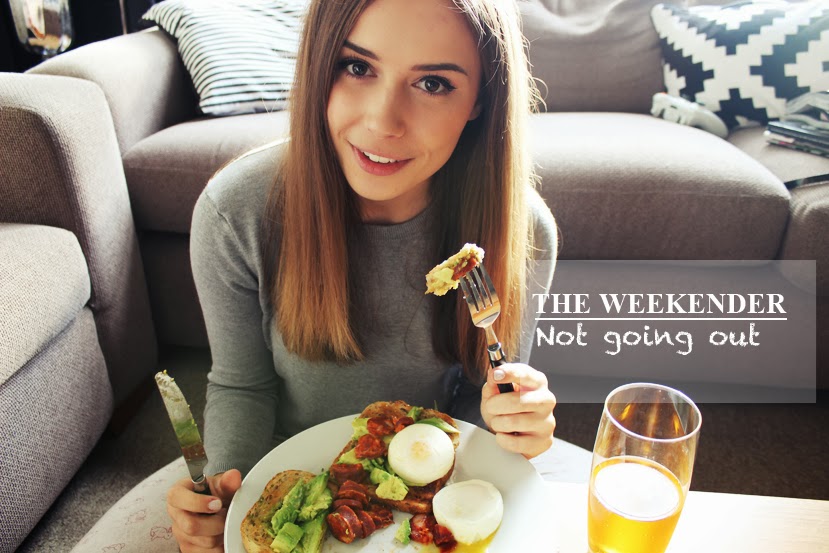 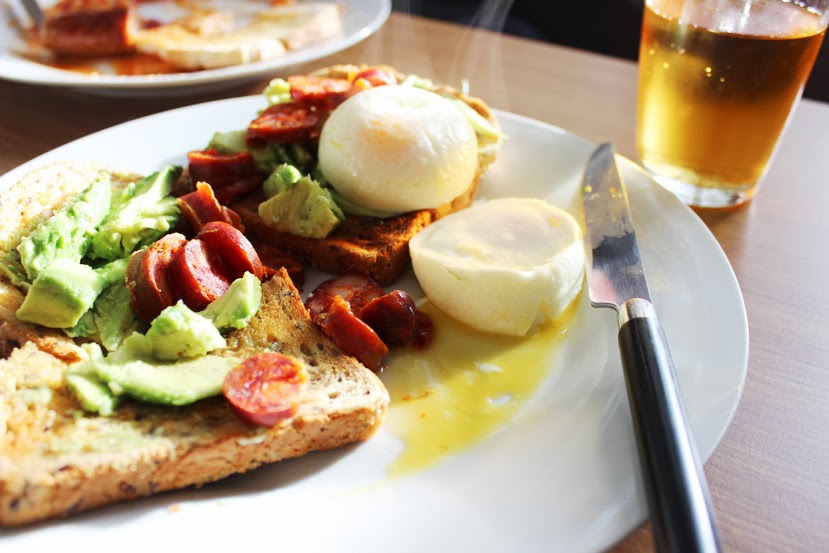 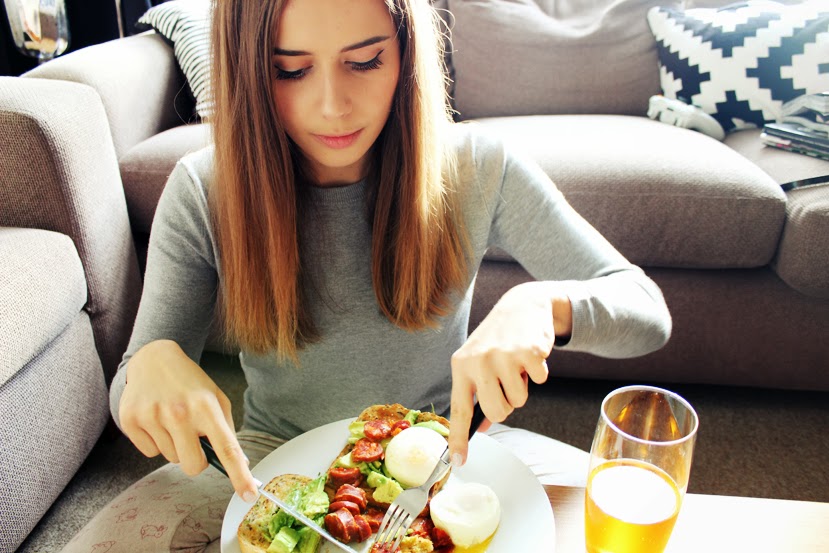 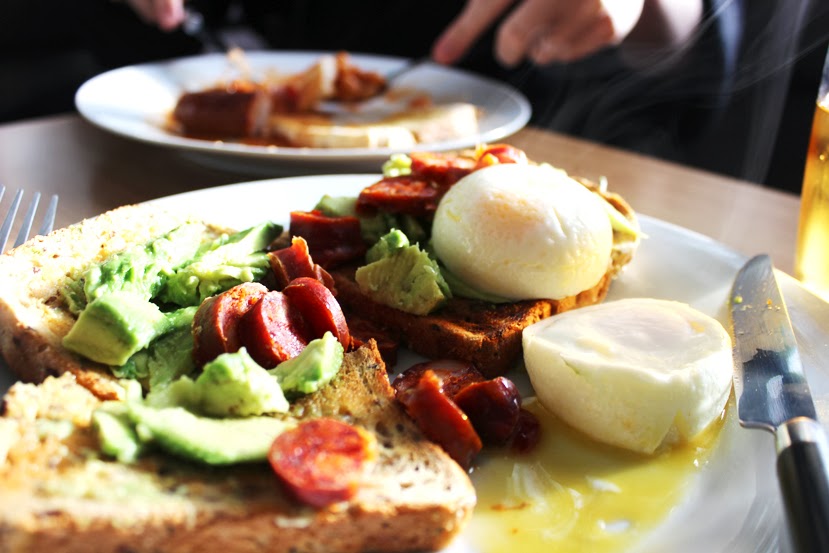 On Friday evening I went shopping with my mum as I hadn’t seen her in weeks (did someone say haul video??) It was lovely, especially as I’d been cooped up in the house all day – working on some very exciting things might I add, so keep an eye out! Yesterday was pretty much spent cooking, filming, baking and cleaning (am I a proper girlfriend now?) which you could probably see from my Instagram (@hellooctoberxo). I was posting photos like there’s no tomorrow!

We decided against going out for breakfast because of the weather and cooked our favourite “at home” foods. Josh had a fry up (sans anything remotely healthy) and I had avocado on toast with poached eggs and chorizo. Sounds so weird, but I had it for the first time at the breakfast club in Soho a few weeks ago and it’s now my new favourite! I was also really proud of my poached eggs (even though I cheated a little by using an egg poacher), my dad used to be a chef before he turned his hand to the world of manual labour and I’ve always been jealous of the fact that he can just whip them up perfectly every time. But I got them spot on and gave myself a good pat on the back for that one!

As for today? I have no idea what we’re doing. We were up until 2am watching Brave (such a cute film!) so we’re still in bed with our cups of tea and brownies. I might go for a record and see if I can go another 24 hours in my pyjamas…