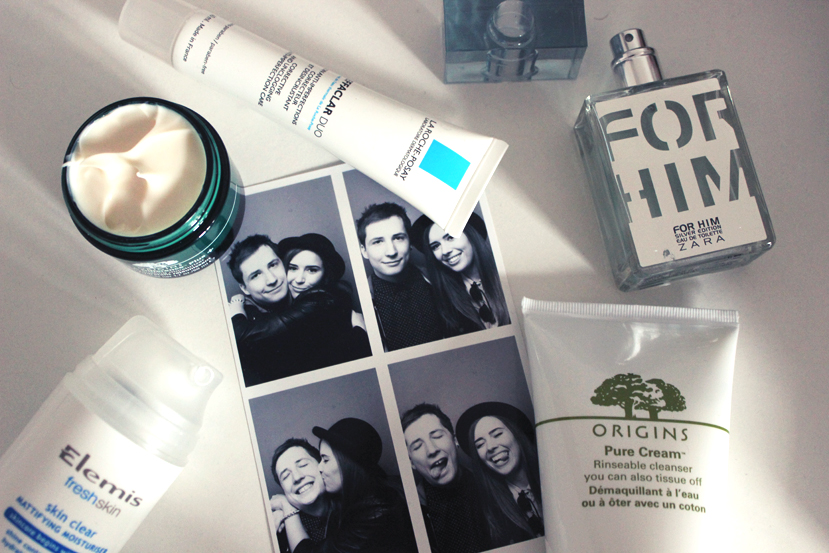 When it comes to beauty, Josh – often referred to as “the boy” for generic blogger purposes – doesn’t have a leg to stand on, a refreshing change from the computer scientist who knows everything. Part of the reason for this is that he doesn’t really care though. Upon lecturing him after his announcement that he only ever washed his face with water (side note: what is it with people who do this? Would you wash the rest of your body with just water? No.) his response was simply: “you know when I talk to you about rendering, and you glaze over? Well that’s how I feel about skincare.”

Fair Enough. Until a few weeks ago we left it at that, until a few weeks back when he announced he wanted his skin to look better before he starts the onslaught of job/internship interviews. Mission accepted.

To start off, I thought we should tackle the whole “washing your face” thing, and thrust the Origins Pure Cream Cleanser* at him on his way to the bathroom most evenings now. The ingridients list looks okay and using a cream instead of a gel will helps it’s dry skin. Josh seems to have combination dry skin, so I decided he’ be best sharing the Origins Make A Difference Plus* – my all time favourite – in the evenings. I catch him stealing this on a regular basis now – even in the mornings – so it must be a goodie. The Elemis Mattifying Moistuiser* is also being used on warmer days to avoid that sweaty skin look. He likes. Finally, I recommended that he gave the La Roche Posay Effeclar Duo a go for his break outs. This step was not a winner as he’s hardly used it, but that’s alright – 3 out of 4 isn’t bad!

What’s more, he even left me give him a facial – apparently having your face rubbed is very relaxing? Who knew…